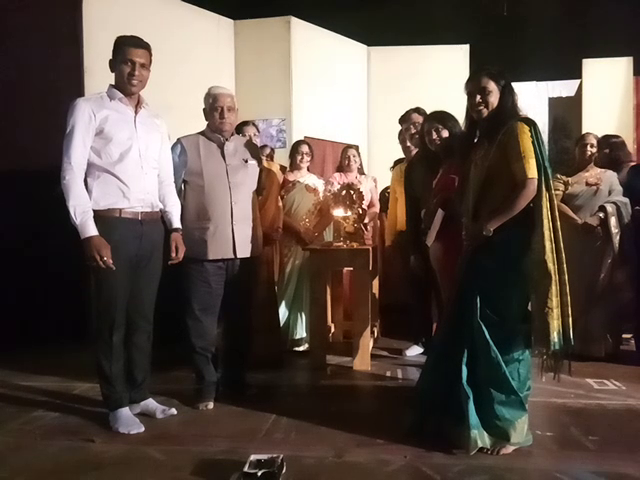 Organise Gujarati play to bring together their people on one platform

Vadodara is a cosmopolitan city where people from all over the country lives with unity and brotherhood. However sometimes many of them are not aware about their local associations and missed the traditional programmes and gatherings.

Maheshwari Navneeta Sanghthan is one such association run by women to unite the scattered people of the community and  get them together on one platform.  The association also organised a Gujarati play titled ‘Tari Hoe ke Mari Wife is Always Right’.

It’s a nice effort by the group to weave the people in one string through the play as more than 500 people attended the gathering and enjoy the evening with their families. The Gujarati family play was presented by the Marathi artists in a very beautiful way.

The play was written by Pranav Tripathi and directed by Prashad Khadekar and artists from Mumbai present it in a very effective way and forced the audience not to miss a single action.  President Sharda Inani and secretary Rekha Maheshwari said the aim of the group is to implement new ideas for the growth of the Samaj specially women.  Their efforts are to make their women empower and will continue to support them.

Vaccination drive at Parul Sevashram Hospital steers the path towards a...