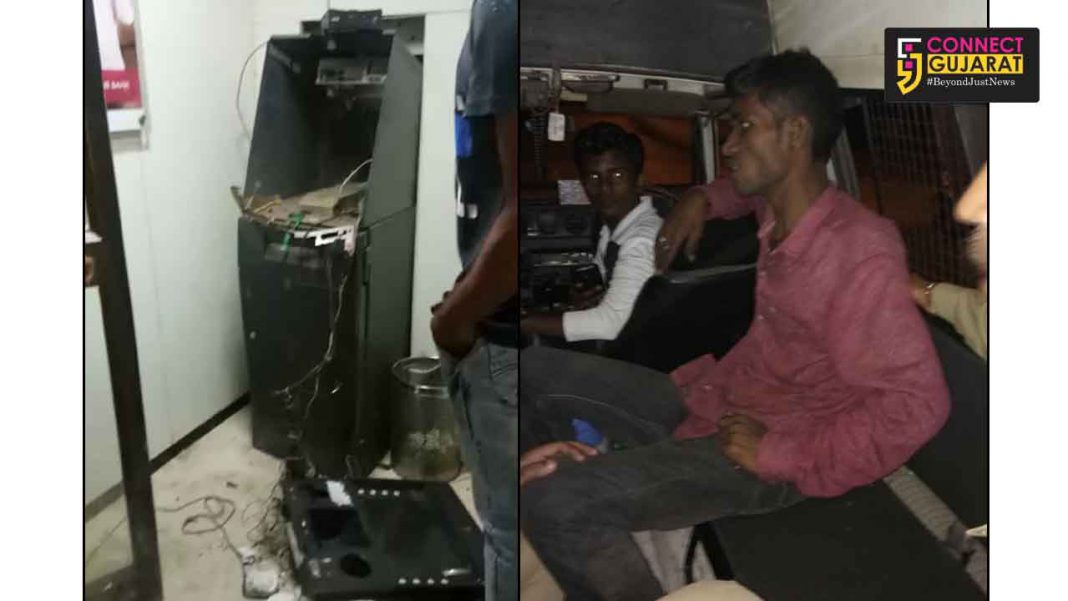 Locals in Vadodara caught two accused tried to break the ATM of Axis bank in Vadodara. The duo tried to broke the machine and the sound alerted the people and they caught them red handed. They later hand over them to the Panigate police station.

As per the details on Friday night the two accused went inside the Axis bank ATM situated near Soma Talav and tried to break it. However due to the Ganeshotsav festival they failed in their attempt and the local youths caught them after heard the sound.

The locals then hand over the accused to the local police for further investigation in the matter.