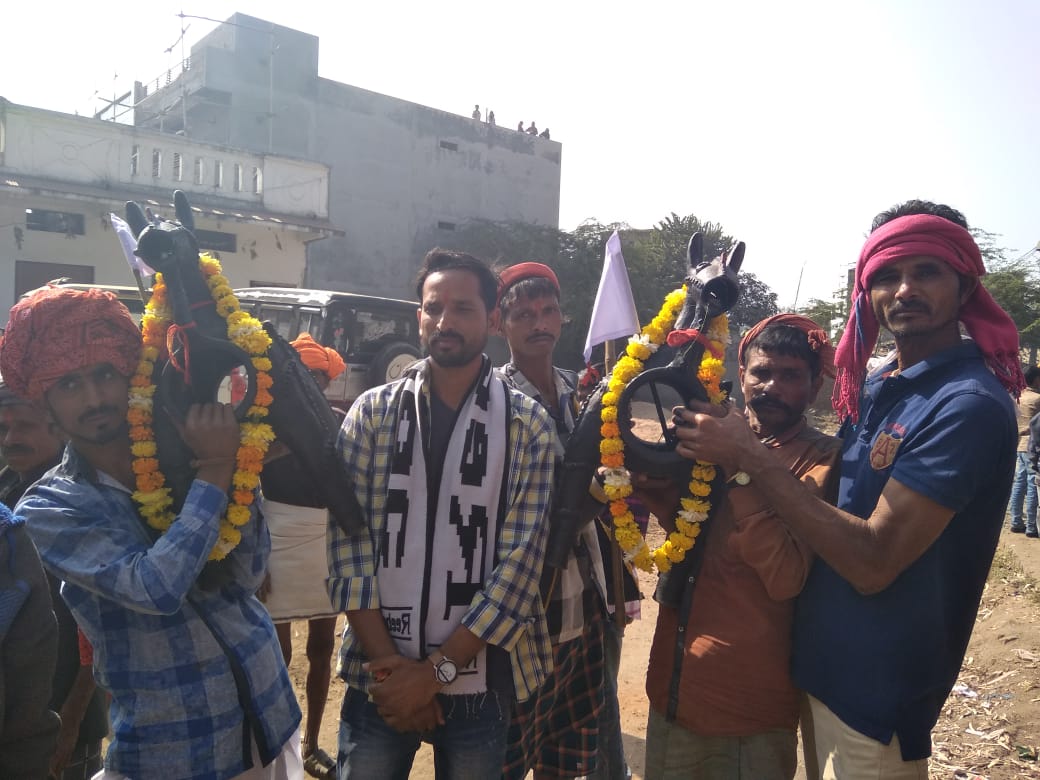 Chhotaudepur is known for securing rich tribal culture for decades and the tradition is still intact in the areas. The rituals followed in birth, death, marriage, festivals, celebrations, music, dance, songs are still observed by the generations without change the originality.

One such ritual and festival is replacing the statue of village lord started in Bhorda village situated at Madhya Pradesh border in Chotaudepur district. The festival started with lots of enthusiasm and the whole village is indulging in it.

A elderly Kailash Rathwa remembers his childhood days when the village daiety (Babadev) was changed and now after around 60 years the moment once again came here. From Sunday the whole programme was planned and festival started in the village after decades.

The new generation of Ashok Rathwa and his friends are witnessing the festival for first time in the village. He said there are four main and nine other temples (Devasthan) in the village and everyone is involved in replacing the idols and other things with the new ones.

Primarily the idols are made from Saag wood in the tribal areas and with passing decades it get damaged and need to be replaced in time. The festival is organised by the villagers with total devotion and as per the tribal rituals under the guidance of Balwas, Pujaras and Patels.

As part of the festival potter from nearby Chandpur village was given the order a month ago to make eight small and 183 big idols. He made the idols of horse, God utensils, Ganapati, tiger, rat and other animals for the village daiety and the villagers brought them here with fervor. The tribal artists prepare the Lord idol from Saag wood and later the horse idols and others will be distributed to each temple in the village.

As per Ashokbhai the main festival was held on Wednesday and continues till Thursday evening. The 1500 to 1600 odd villagers send invitations to their relatives about the God replacing ceremony. In both the days people from nearby 50 to 60 villages from Gujarat and Madhya Pradesh will visit the place in funfair like environment. Community food, dance and other celebrations mark the replacing ceremony of the village daiety after decades among the presence of old and present generations.

The festival present a perfect place for the present educated youth to know and watch live their rituals and traditions.