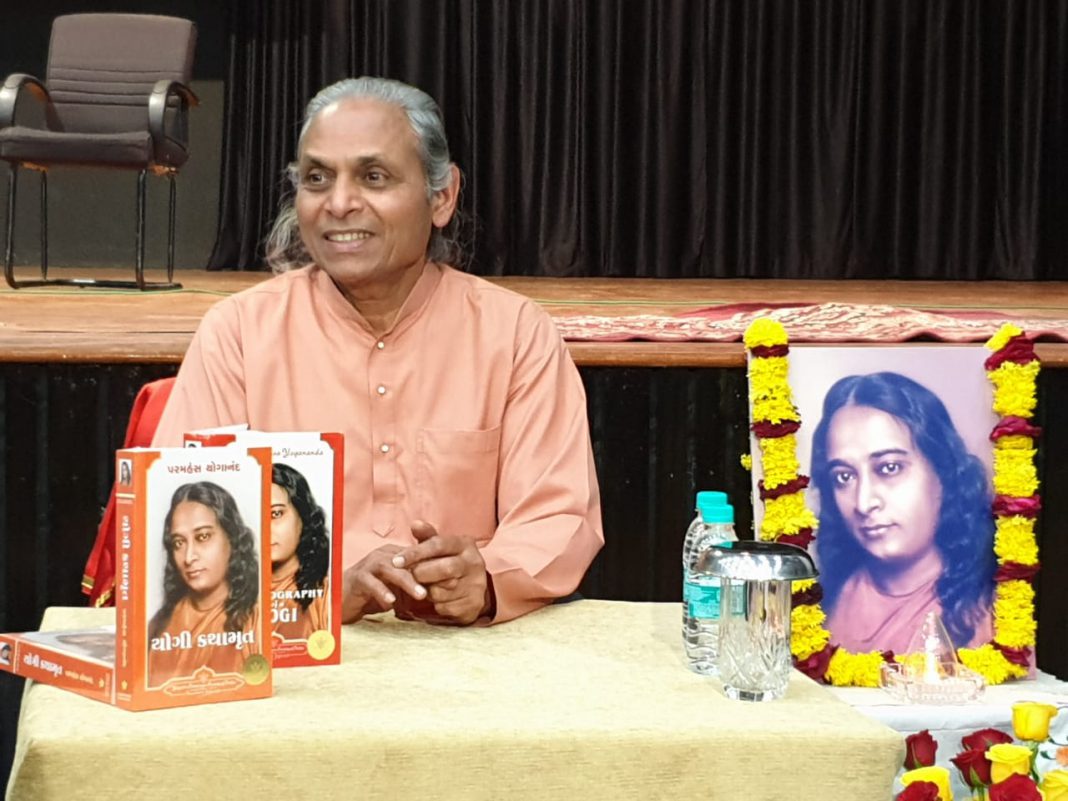 “Meditation is to purify body, mind, soul of the person to help him taking better decisions in life. It helps the person to head towards right activity and good behaviour towards others in this fast paced life,” said Swami Smaranananda Giri Vice President Yogoda Satsanga Society (YSS) of India. He left his bright career as a scientist for yoga and said to have no regrets with the decision. For him teaching others and helping the needy gives the inner peace.

He is in Vadodara for talk on Kriya Yoga meditation as part of 125th birth anniversary of Paramahansa Yogananda. The purpose of the conference is to promote awareness of Kriya Yoga Meditation taught by Yogananda also the author of the world famous spiritual classic ‘Autobiography of a Yogi’.

“Meditation helps the person to choose the right activity and good behaviour in life. An hour each of meditation in morning and evening is enough to purify the soul. Kriya Yoga is getting excess Oxygen through breathing and decarbonise the body and helping the heart to take rest and we have better control in life,” said Giri.

He said the main goal of the organisation is to teach scientific yoga to the interested ones and spread divinity in them, trying to serve in providing education to the poor and health to the needy. He also is in favour of including yoga as a subject in the school curriculum.

Swami Smaranananda Giri is a Sannyasi of YSS. He was Post Doctoral fellow from Concordia University, Montreal, Canada and obtained his Ph.D in Electronics and Communication Engineering from IIT Kharagpur in 1980. He received gold medal in the state during the school final exams and also another gold in the university for topping in engineering. IIT Kharagpur conferred him the Distinguished Alumnus Award in 2018 for his outstanding achievements and contributions.

In 1985 he has to decide whether to join the former President of India Abdul Kalam in his missile project as a scientist or Yogoda Satsanga Ashram as Sannyasi and he chose the latter. “I don’t have any regret as I started meditation much before which taught me existence of inner joy. There may be suffering in my life but I am joyful inside due to meditation,” said Swami Smaranananda Giri.