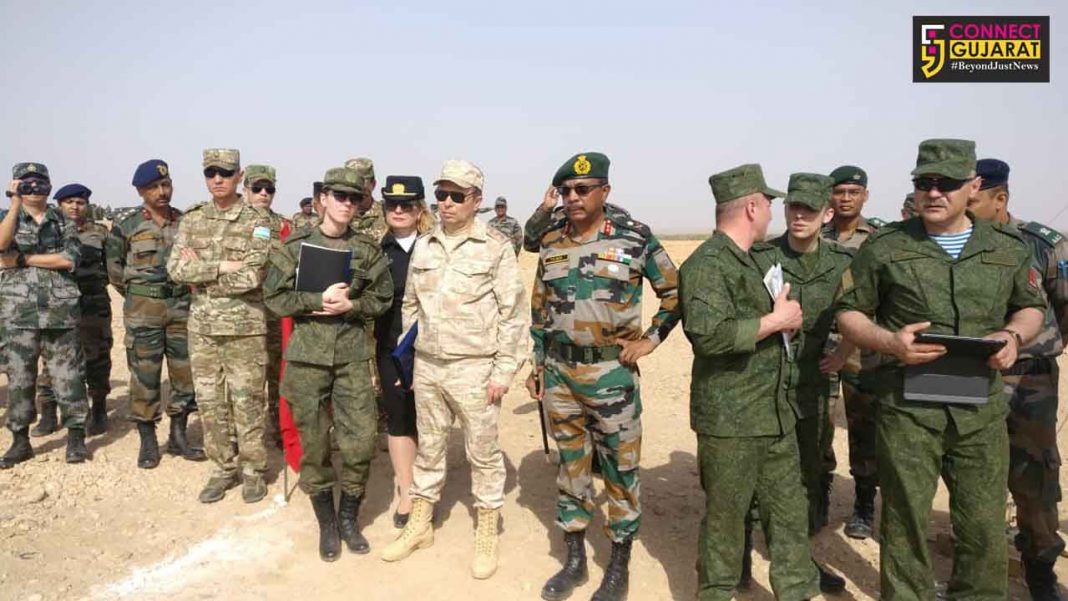 Eight countries will participate in the event

The Russian Delegation, Senior Military and Diplomatic dignitaries from participating countries visited Jaisalmer Military Station on 14 and 15 May 2019. The delegates were shown and briefed on the special training facilities created at Jaisalmer and Pokhran.

The visiting team of officials were impressed with the overall arrangements and complimented the Indian Organisers for creating excellent infrastructure for the competition.The head of the Russian delegation Lieutenant General Budyshkin Albert Alienvich expressed confidence that India will provide the right opportunity for all teams to excel and bring long term tangible benefits to International Military Cooperation.

The International Army Scout Masters Competition will be conducted in five stages,which will test the overall skills of Mechanised Infantry Scouts in simulated battle field scenarios. The combat skills will be adjudicated by a panel of international judges and referees.

The competition will showcase combat training and promote camaraderie amongst the contestants, facilitate sharing of best practices as well as develop military and technical cooperation between participating nations.