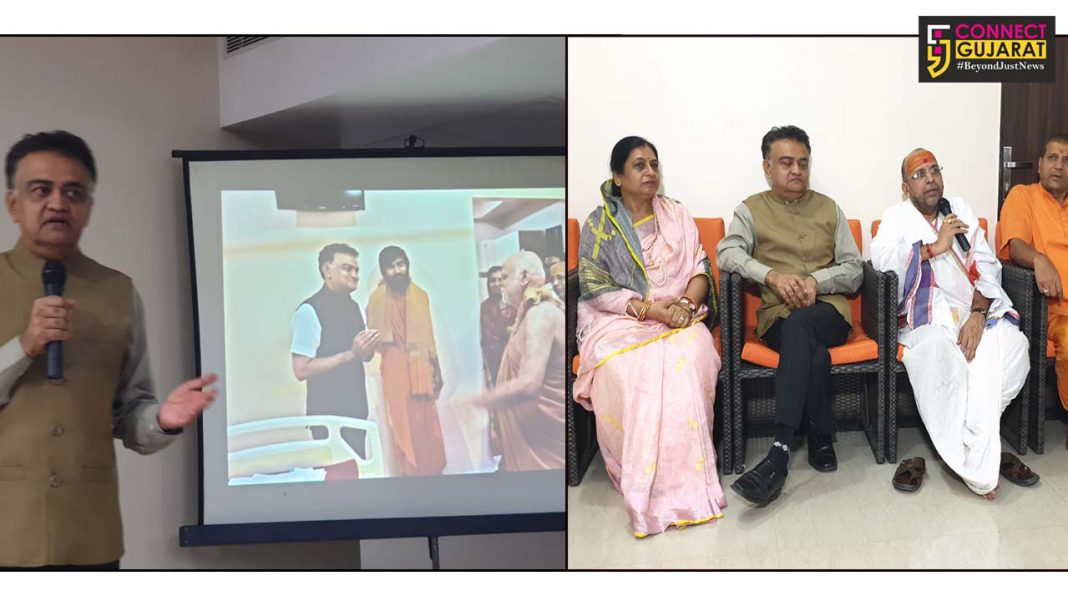 Jagadguru Shankaracharya Swami Shri Nischalananda Saraswati is the present head of Jagannath Puri Matha. The Govardhana matha is a monastery located in the city of Puri in Odisha. It is associated with the Jagannath temple and one of the four cardinal mathas founded by Adi Shankara in the 8th century.

“It’s a pressure surgery for me emotionally and spiritually as I feel like operating on my own father. I operate on his right knee and replaced it with the foreign imported system having more options then the Indian one.
Gurudev withstood the surgery very well and at the age of 76 years, his body physiology was that of a much younger person. I  observed the Gurudev’s bone density was exceptionally strong and the operation was performed under regional anaesthesia which allowed Gurudev to be awake and capable of talking with the operating team. In fact he described fascinating incidents of his early life including incidences such as wrestling opponents in the Gomti River and playing football and scoring 9 goals to defeat his own team in a strange twist,” said Mody.

After the surgery Gurudev walked within 12 hours of the operation. “He is recovering well after the surgery and I am aiming to help him recover so that Shankaracharyaji can climb the famous lagannath Rath next month and keeping intact a tradition of last 2 centuries. After walking we allow the patient to bend knees on second or third day, stand and sit on 4th and allow to climb stairs in a week time,” said Mody.

Mody also added that his hospital turns into a temple after the arrival of gurudev.