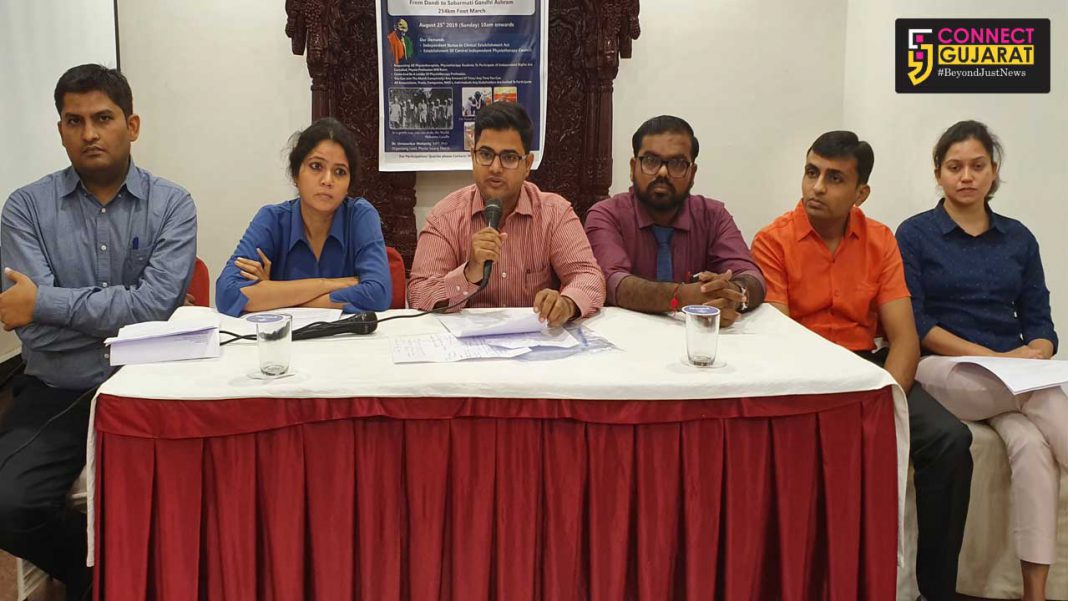 The Indian Physiotherapists to take 254KM Foot March from Dandi to Sabarmati Ashram from August 25th to September 3rd 2019 for Professional Independence. The march is named as Physio Swaraj March and they called it a movement for physiotherapy independence.

After given several memorandums and petitions to Prime Minister, Health minister and parliamentarians their voice is not heard till date. The physiotherapists then decide to conduct 254 Km foot march following path of Mahatma Gandhi from Dandi to Sabarmati to put forward their demands.

With this march they the hoping their demands will be addressed or else threaten to conduct protest at Rajghat, Delhi.