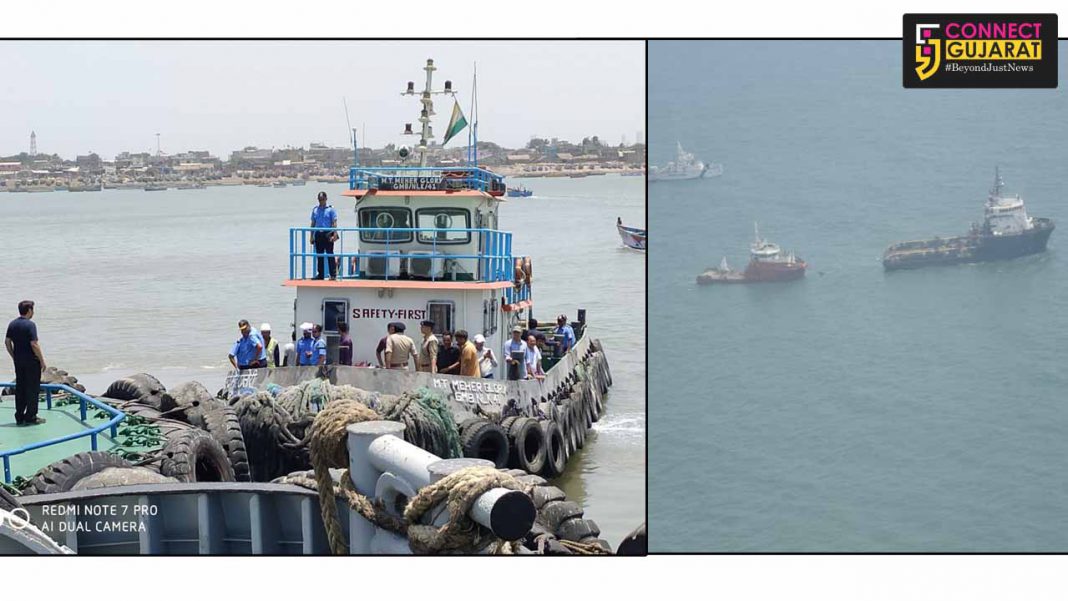 Found not be engaged in any suspicious activity by investigating agencies

Indian Coast Guard Porbandar intercepted two vessels on suspicion at Muldwarka at Gujarat. After checking both are vessels are not found to be involved in any suspicious activities by the investigating agencies.

On 06 Jun 19, Indian Coast Guard District Headquarters, Porbandar received information about satellite transmission by an unknown vessel off Diu Head. Indian Coast Guard ship in area intercepted Tug Nadia Adib with OSV Esnaad 712 under tow off Muldwarka at Gujarat. The vessel was transmitting her name Sea shell on Automatic Identification System and not the actual name.

During the initial radio interrogation, the vessel was suspected to be concealing facts, falsely reporting movement to VTMS Khambhat for emergency anchoring off Diu due to shortage of fuel and water. Both the vessels have been brought to Muldwarka harbour for joint search and investigation by Indian Coast Guard, Marine Police, Customs, Anti Terrorist Squad, and Dog Squad. The investigating agencies later confirmed about vessel is not engaged in any suspicious activity.

Both the vessel left Indonesia on 27 Apr 2019 and was on her way to Kuwait. During the investigation it was revealed that Tug Nadia Adib was actually towing two OSV namely Esnaad 711 and Esnaad 712. Out of these two tugs of which Esnaad 711 sank off at Diu head due to flooding which was not disclosed by the ship to any of the Indian Authority. DG shipping is being liaised for verifying the facts of the vessel.