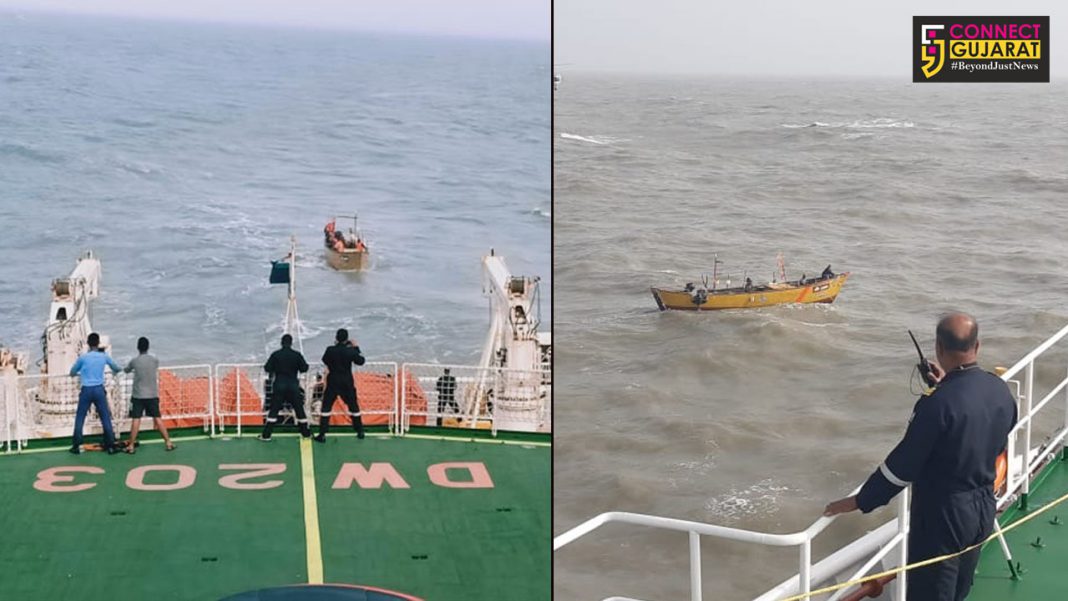 On receipt of weather advisory from IMD, Indian Coast Guard District Headquarters Porbandar had issued a notification to the fishing association regarding the bad weather. Fishermen were cautioned not to venture out at sea during this weather warning. However, 19 fishing boats along with 95 crew ignored the advisory and proceeded to sea for fishing and stuck.

On 10th August an information was received from fishing association Porbandar detailing the missing of said fishing boats along with its crew. The Coast Guard acted immediately and tasked three teams to search along the coast and locate the missing fishing boats.

Later 10 fishing boats alongwith 59 crew returned safely to harbour. However 03 boats have been reported sunk by the fishing association, out of which 03 cadavers have also been recovered.

The ICG helicopter sighted 01 fishing boat along with 04 crew off Navibandar. ICGS Samudra Pavak had been directed to escort the sighted boat FB Hari Prasad Reg. No. IND-GJ-25-MO-2387 to Porbandar harbour ensuring safety of the boat and crew. A total of 14 fishing boats alongwith 79 crew have been safely rescued, and 06 cadavers have been recovered so far. The efforts are on to search and rescue the remaining 09 crew of 02 boats and 01 missing crew.