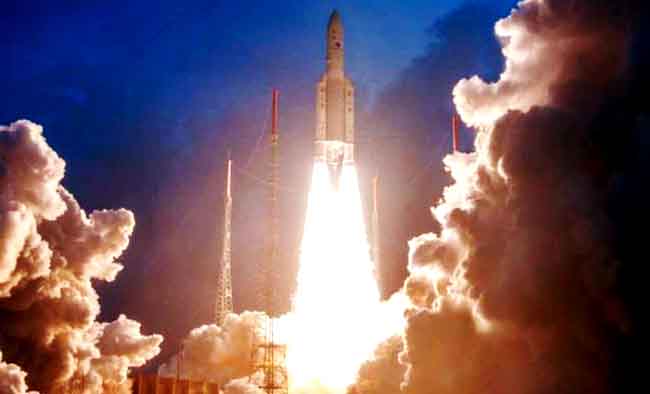 GSAT-31, a communication satellite with ku-band, is going to serve and replace some of the satellite that are going to expire soon.

India’s latest satellite GSAT-31 was successfully launched by European launch services provider Arianespace’s rocket from French Guiana in the early hours of Wednesday.  Blasting off from Ariane Launch Complex at Kourou, a French territory located in northeastern coast of South America at at 2.31 am (IST), the Ariane-5 vehicle injected GSAT-31 into the orbit in a flawless flight lasting about 42 minutes.

This satellite GSAT-31 is a “high Power” Communication satellite with ku-band. its replaced some of the satellite that are going to expire soon.