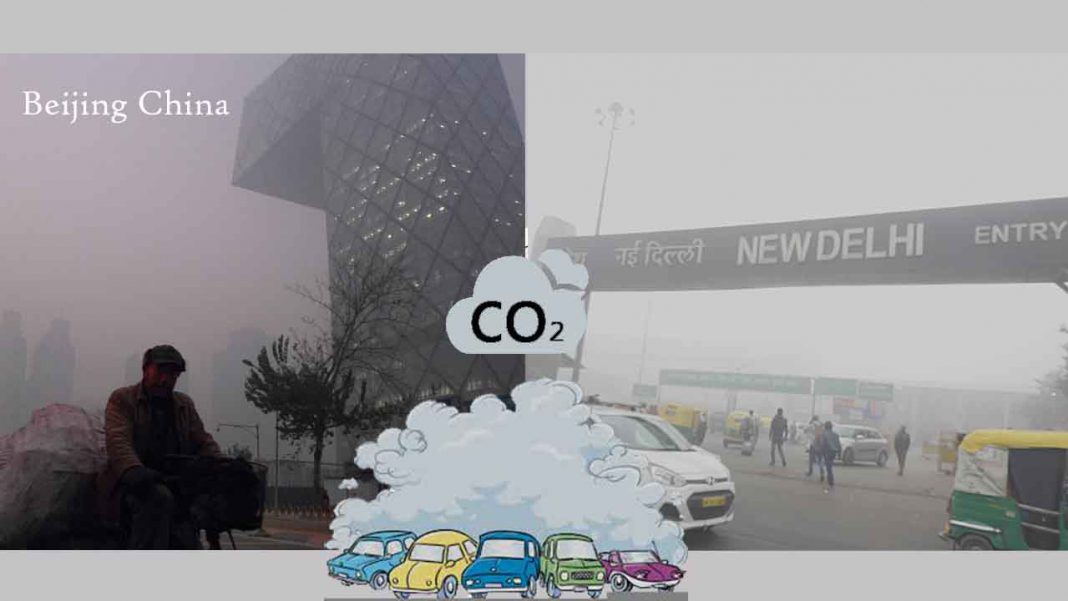 Delhi is getting high on smog as it loses the battle to Beijing in controlling its air pollution.

According to analysis, based on the data from Berkeley Earth, a California based non-profit organization the average PM 2.5 level has been marginally high in Delhi as compared to Beijing for about three years.

The air quality of the Indian capital was polluted about twice as compared to its Chinese counterpart. On an average, while Beijing has had a PM 2.5 level of 50.39 micro gram per cubic meter (μg/m3) from March 2016 to January 2019, Delhi breathed air with PM 2.5 level at 111.22 μg/m3

An Air quality index standardised under the Union Ministry of Earth Science, the Indian capital has been breathing severe to very poor air every winter. Int the light of International Agency for research on Cancer of the WHO. It declared outdoor pollution as carcinogenic.

Delhi with the highest number of patients with lung cancer, with an emerging trend of non-smokers getting affected by the disease. As per the figures released by the Delhi Cancer Registry, lung cancer cases have been increasing in men and women with the former showing the highest spurt among all cancers.

Here Several studies suggest that the major sources of air pollution in the national capital across seasonal variations are vehicular emission, industries pollution and power plants, dust and biomass burning Few of these indicators are common to the Chines territory.