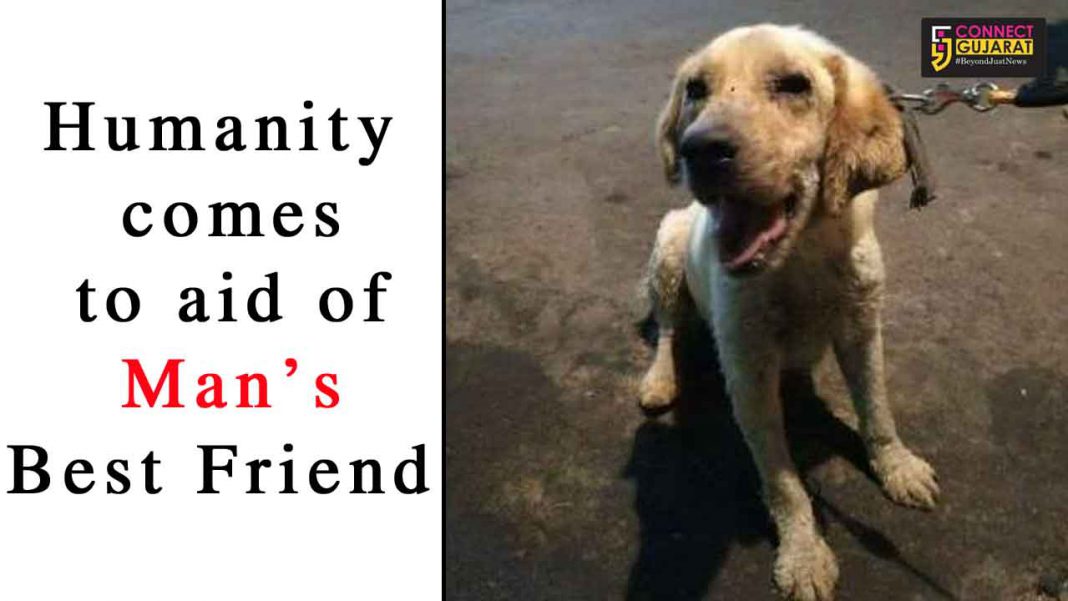 Dogs are man’s best friend and their loyalty towards humans is unmatched due to their unconditional love. But sometimes we came across such incidents where people considered them mere tools.

Such a case happened in Bangalore city where the growth of a pet dog was stunted due to inexpert breeding. Rashmi a dog lover came across a Golden Retriever named Kristy whose growth was stunted coupled with a severe skin infection. Kristy was abandoned and left shivering in the streets of Bengaluru.

Rashmi, took the Golden Retriver home but was unable to keep it in her own house as she already had 2 dogs with her. She immediately started an adoption hunt for Kristy but the procedure took 2 months and she kept it in a foster home.

Her daily foster home fees along with the Vets charges were high and she started a fundraiser for Kristy on ImpactGuru.com. In 10 days she surpassed the required amount and Kristy has been adopted by two loving parents from Kerala and.

The quick thinking of Rashmi and intervention helps Kristy (now Joy) a new home with a loving family.