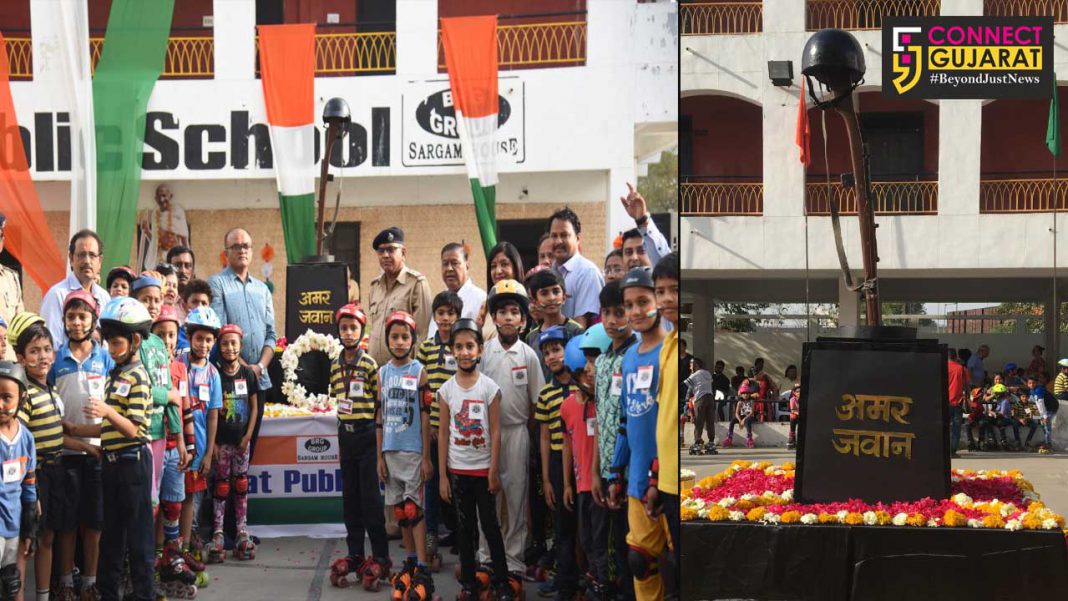 Gujarat Public School in Vadodara added another feather in its cap by conducting a ‘Non Stop Skating’ competition for the students inside the premises. Before the event everyone paid tribute to the Pulwama martyrs and remembered them for their sacrifice to the nation.

Around more than 250 students from around 25 schools from the city took part in the non stop skating competition in the school premises. The event is organised annually every year and this year also the students take part in the event with great enthusiasm.

Before the event everyone paid tribute to the Pulwama martyrs and remembered them for their sacrifice to the nation. They also expressed deep condolences for the bereaved families of the martyrs.