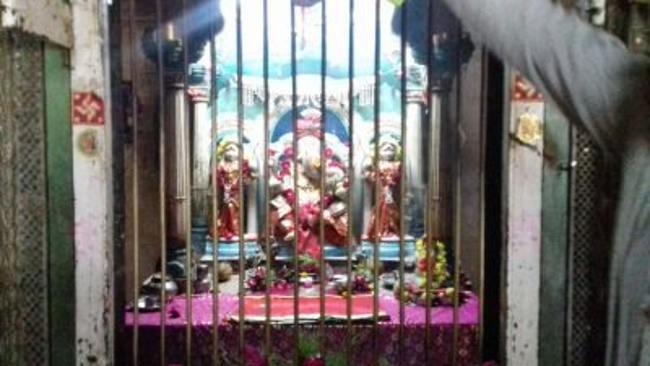 Devotees visit to fulfill their wishes

Vadodara city is famous for its historical temples and one of them is Mairan Ganpati which is about 251 years old. Situated near Wadi Mahadev Talav the temple is also known as Ghundiraj Ganpati. Shree Mairan Ganpati was installed by late Gopalrao Mairan who donate Navkoti to Maharaja Khanderao Gaekwad and hence it was also known as Navkoti Narayan. The temple also has a basement and it is said that once there was lots of assets inside.

Ashutosh Mairan the caretaker of the temple said the historical temple spreads in the area of 2100 square foot having a huge basement beneath. It is said that the basement has lots of assets inside but no one went inside for years.

Ashutosh further said that their ancestor late Gopalrao Mairan was Diwan in the Darbar and donated Navkoti to Maharaja Khanderao Gaekwad. Navkoti means today’s 9 crores donated to the Maharaja. It is also said that gold and other ornaments were gifted to Maharaja from Wadi Mairan Ganpati to Mandvi Nazarbaug, and for that it is also known as Navkoti Narayan.

As per Ashutosh Mairan this is their seventh generation serving the lord and taking care of the temple which is like a Haveli. The two floor temple is made from Saag, Sisame Aaraspaan stone. The built of the temple is of Hemalpanthi style and the engraving is wonderfully eye catching. Two fountains are there inside the temple premises with a separate temple of Mushak Maharaj. Inside the main temple Lord Ganpati is there with the full family which is rare and hence the temple is of special importance.

Ashutosh said the late Gopalrao Mairan installed 21 Ganpati temples including Wadi Ganpati temple, Shree Siddhivinayak in Shinor, Shree Siddhanath in Rajmahal road Vadodara, Girgaon Mumbai. Every evening aarti is performed inside the temple with the sound of Shehnai performed by the third generation of Gurav family.

There is a popular belief that the one who visit five Tuesday’s in the temple, his or her wish is fulfilled by Shree Mairan Ganpati. In Sankat Chauth and Vinayak Chaturthi devotees thronged inside the temple and the Abhishek is done with the donation amount. The temple is the big center of belief for the devotees.