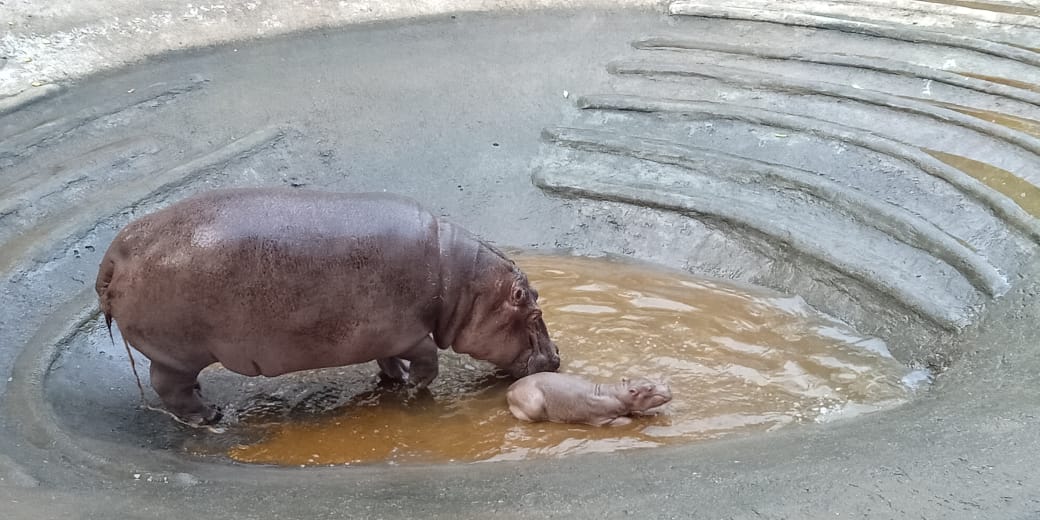 Zoo keepers separate the male from the baby

Much to the delight of zoo keepers after a year the second hippo calf arrives in Kamatibaug zoo. Born to Chunnu and Dimpy the calf brought welcome news for the care takers as last year the first ever baby was killed between the fight of the two.

Last year the hopes of the zoo keepers were dashed after the baby died within a short while of being born. After a year the pair once again became parents and Dimpy conceived the baby much to the delight of the caretakers. In view of last year incident the authorities decide to make a separate enclosure for the newly born.

Zoo curator Pratyush Patankar and his team already make arrangements to separate the male hippo and shifted the female and the calf to a small pond. The calf is healthy and the keepers are taking extra efforts and care for the baby after learnt from the last year’s incident.