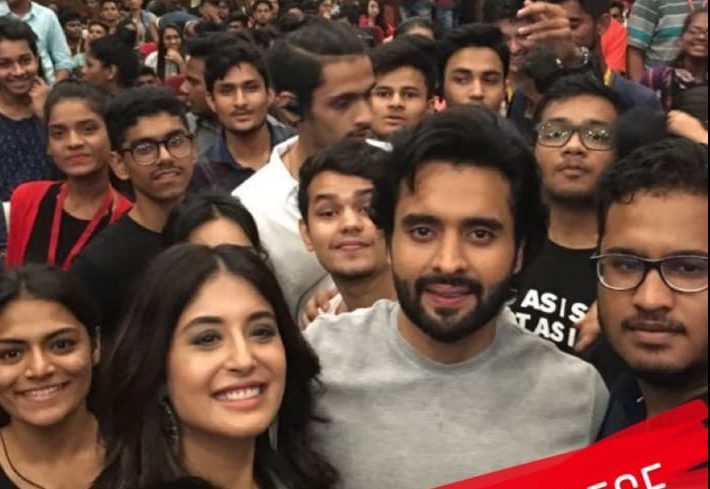 Actors Jackky Bhagnani and Kritika Kamra is busy in promotions of their upcoming movie Mitron scheduled to be releasing in the month of September. The film will be seen in Gujarati flavour as the director shot it in original locations of Ahmedabad.

Local artists are there in the film to give it a Gujarati tadka and flavour. Mitron will present a new dimension to friendship just like the perfect mixture of Jalebi and Fafda.

Gujaratis are known for their humour and the film will also present the same laughter and light hearted comedy.

The film ‘Mitron’ has a extraordinary storyline and take the audience into a world of happiness and laughter. The recently released trailer also make the people laugh their heart out.

Kareena shares picture of younger son with Taimur, calls them ‘her hope’