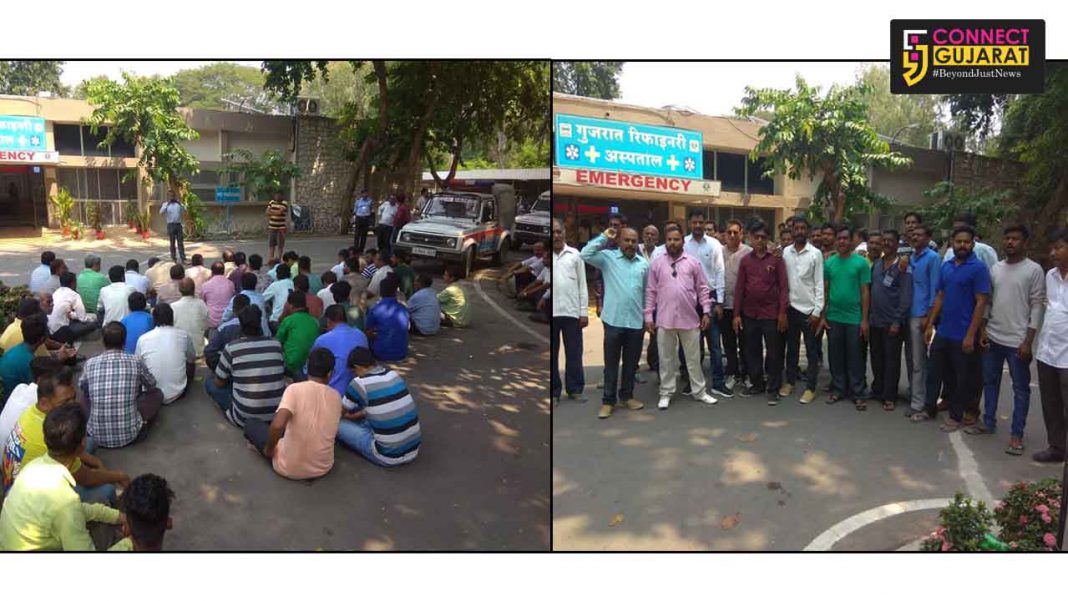 family demands compensation threaten not to accept the body

The family of a Gujarat Refinery employee along with nearby villagers demand compensation after he died while on duty. They threaten not to accept the body till the company declared about the compensation to them. They also sit on protest in front of the hospital with their demands.

As per details Ramesh Rawal 52 works in Gujarat Refinery and lives in Karachiya village along with his wife and there children. Thursday morning he went to the company on first shift on his cycle and suddenly fell down near the LPG TTL plant inside the company. He received grevious injuries on his head and felt unconscious at the spot. The other employees rushed to him and immediately took him to the Refinery hospital where he died during treatment.

In the meantime as the news spread the family of Ramesh bhai along with the villagers and Sarpanch of nearby villages rushed to the hospital. However they raised their protest after not found any responsible official there. They demand for compensation to the family and sit there.

They demand for compensation as per the company laws and threaten not to accept the body till the company declares. Police also reached the spot before the matter went out of their hands and tries to control the situation. They registered the complaint and further investigating.