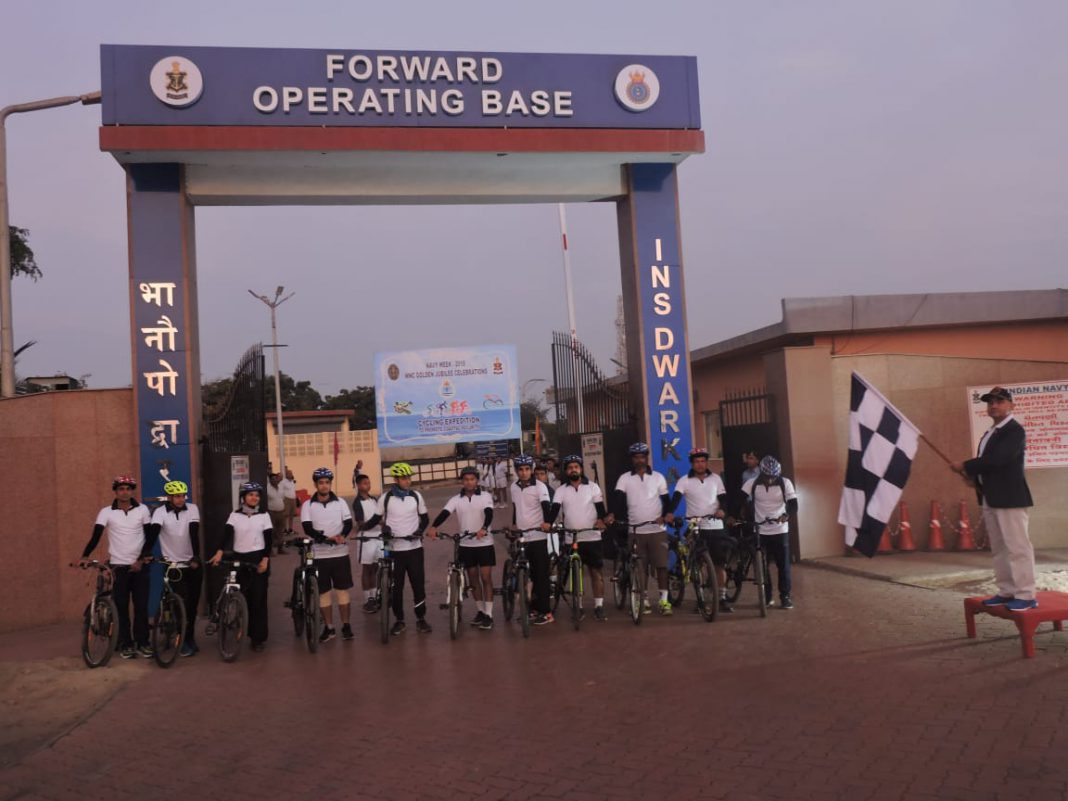 Covering a distance of 394 km

On the occasion of the Golden Jubilee of the Western Naval Command and Navy Week 2018, the Headquarters, Gujarat, Daman and Diu Naval Area has organised a cycle expedition from INS Dwarka, Okha to Khukri Memorial, Diu, covering a distance of 394 km, with the objective of enhancing public awareness on the importance of Coastal Security.

The port towns of Okha and Diu have relevance in the history of Indian Navy. The holy town of Dwarka and the nearby port town of Okha were shelled by Pakistan Navy Ships during the Indo-Pak Conflict of 1965. This act only further bolstered the resolve of the Indian Navy in this theatre of operations and led to the commissioning of INS Dwarka at Okha. 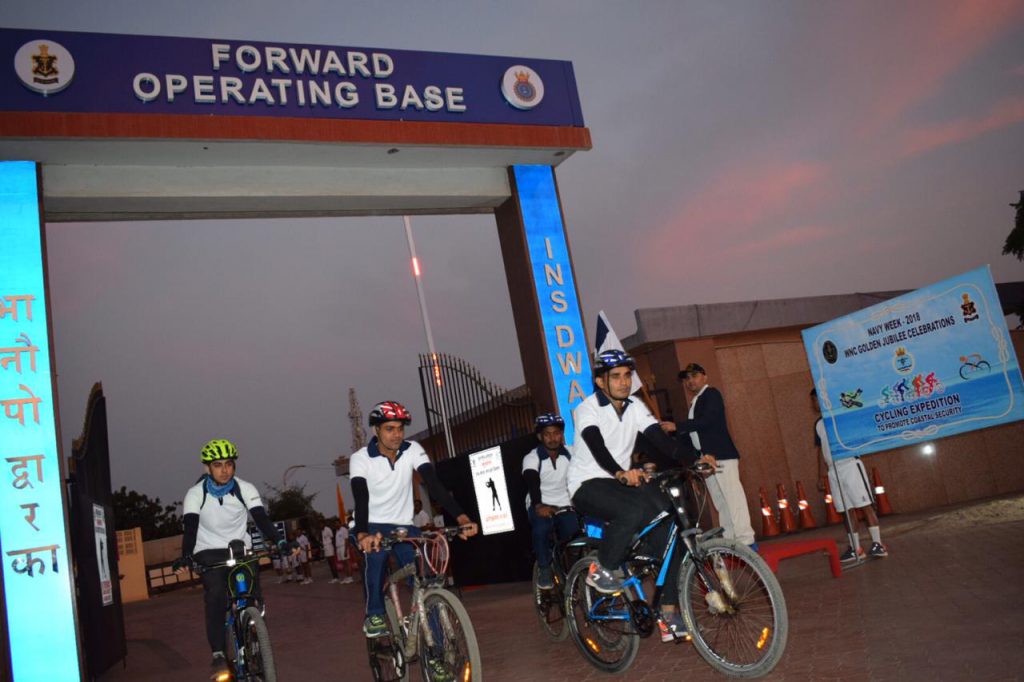 On the other hand, Diu has a more poignant relevance as it was off the coast in 1971 where Capt Magendra Nath Mulla, MVC (posthumous) went down with his ship, INS Khukri, which was struck by a torpedo launched from a Pakistani submarine.

The expedition was flagged off from INS Dwarka on 06 Dec 18. It will terminate at “Khukri Memorial”, Diu, with wreath laying at the Memorial by the Naval Officer-in-Charge (Guj) on 09 Dec 18, paying homage to the martyrs of INS Khukri who made the supreme sacrifice at sea.

The expedition comprises three officers, including one woman officer, and seven sailors of the Indian Navy posted at various units under the Headquarters, Gujarat, Daman and Diu Naval Area.