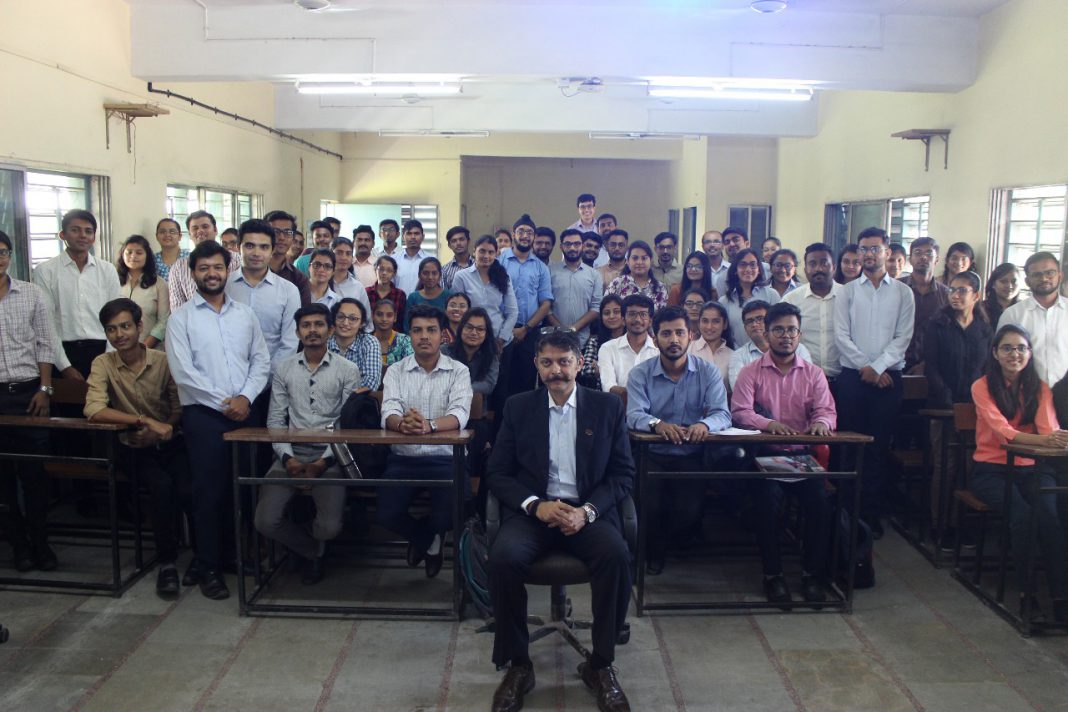 On the second anniversary of the surgical strike against terror pods in Pakistani territory by Indian forces in 2016, the students of Faculty of Management Studies, The Maharaja Sayajirao University of Baroda, invited Major Mayank Mathur to give insights on the surgical strike that was carried out by the Indian Army on 29th September 2016.

Surgical Strike is a military attack in which the army infiltrates and destroys a specific intended target without affecting its surrounding areas with minimal collateral damage.

From 28 to 30 September 2016, the Indian army conducted a surgical strike in POK by infiltrating through Kupwara and Poonch district and destroyed 12-13 militant launch pads.

In the session, Major Mathur shed some light on the details of the strike. He shared that the strike was conducted by 4th and 9th Battalion Parachute Regiment (trained in jungle warfare). 70 Para-commandos in small teams of 2 to 3 commandos called ‘Hits’ or ‘Buddy Pairs’ neutralized 14 terrorist camps which consisted of 70 to 80 militants.

Major Mathur accentuated the fact that Indian army is not reactive but is rather proactive. It not only reckons on its strength but also on its brains. The strategies that are adopted by the army are impeccable. This can be related to the management concepts as well.

Major Mathur emphasized that handling 100 Jawans at any given point in time requires good management skills. While discussing further, he told the students how the soldiers are trained. They follow the principle: “You have to sweat more during practice so that you don’t have to shed more blood during the war”.

The session also included a video of the surgical strike, details about the J&K region and insights on the type of technology used by the army.

In the end, the students get the chance to ask their queries to Major Mathur pertaining to work-life balance of the army, the frequency of such surgical strike about skirmishes at the border and many more.

The end of the session was marked by the question “What does the Indian Army expects from the citizens of India?” Major Mathur gave a one-word answer: RESPECT. He added that the urge to serve our motherland motivates them to fight against all odds.