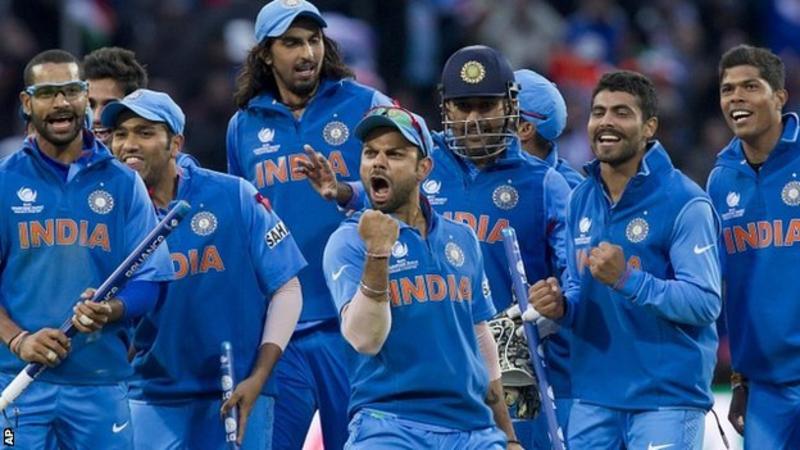 Facebook
Twitter
WhatsApp
Pinterest
VK
Print
Email
Indian Cricket Team Ranks at Number One Position in ICC one day Ranking.
The list of ICC one day ranking is been declared. India ranks at number one position in test matches as well as one day matches. In the one-day ranking list, Indian team with 51 matches has scored 6266 points and has a rating of 123. Before this, the position was held by England, who has 122 ratings. Currently, England with 50 matches has 6084 points and with 122 ratings in on second position, next to India. While, New Zealand is at third position with 166 points having wide difference from India and England.