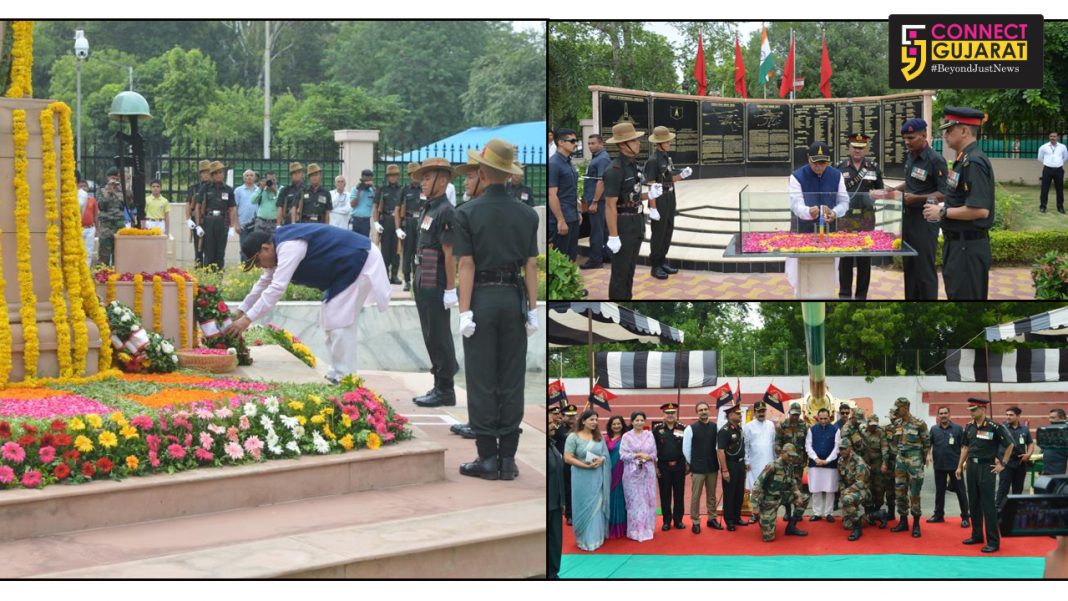 A motorcycle expedition from Leh to Ahmedabad, named ‘Kargil Veterans and Next of Kin (NOK) outreach’ was flagged off from Leh on 21 Jun 2019, to commemorate the 20th anniversary of Kargil Vijay Diwas. The unique expedition celebrated the victory of Indian Army in 1999 Kargil War, connected with the ‘Veer Naris’ and the Next of Kin (NOK) of the Martyrs en-route and reached Ahmedabad on 26 Jul 2019. The expedition was flagged in by the Chief Minister of Gujarat Vijaybhai Rupani who extended a warm welcome to the team and congratulated the members on the safe, successful and fruitful culmination of the expedition.

The expedition team interacted and connected with not only the veterans and NOK but also the youth and Army formations en-route. A total of 12 schools and four colleges were visited by the expedition team and the youth were reminded of the sacrifices made by the Armed Forces for the victory over the enemy during the Kargil War. The youth were addressed and shown motivational movies to educate them to join the Armed Forces as a career of choice to serve the motherland with honour and dignity. Information pamphlets were also distributed giving out details of various entries to join the Indian Army.