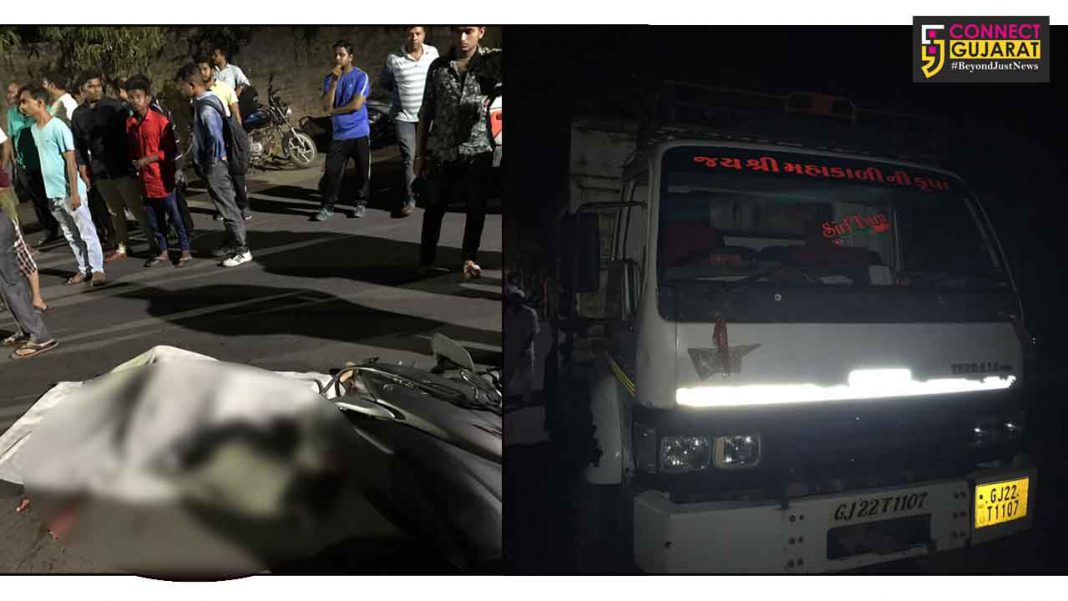 An activa riding girl died after knocked down by dumper in Vadodara. The incident happened outside Manjalpur  Amarnathpuram Society where the girl came under the wheels of the truck and died on the spot. Her injured mother was shifted to hospital for treatment.

As per available details from the local sources Nidhi Afinwala resides in Manjalpur Amarnathpuram society went to get flowers with her mother and returning home. Around 9pm some unknown vehicles knocked their activa and both fell on the ground. At that time a dumper coming from behind ran over the girl and killed her on the spot.

However as per police sources the accident happened due to the dumper as it knocked down the two wheeler and killed the girl. People rushed the spot and took the injured mother to the hospital. Manjalpur police reached the spot and further investigating in the case, registered against the driver and is in process to catch him soon.