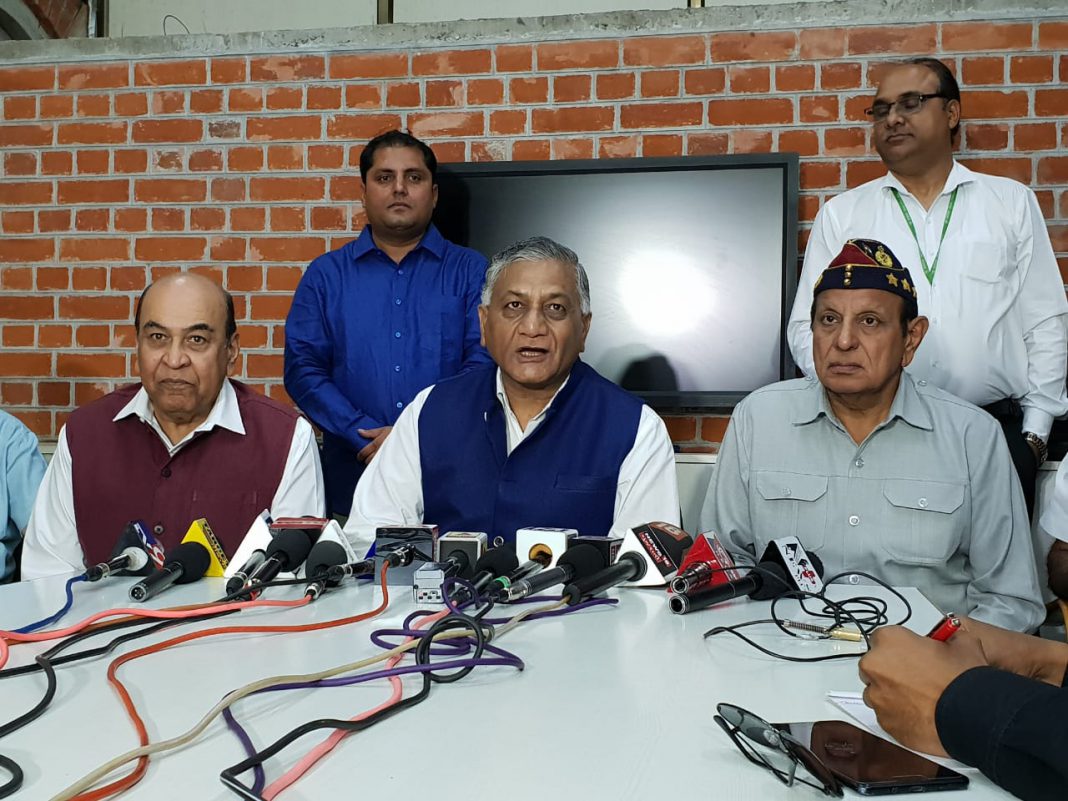 Union Minister of State for External Affairs General Dr V.K. Singh said the incident inside the parliament was childish behavior by Congress President Rahul Gandhi. He also thanked the PM Narendra Modi for supporting the soldiers and give comments in favour of them.

Before the dialogue briefing the medipersons General V.K. Singh answered the questions related to parliament session on Friday. He said the behaviour of Rahul Gandhi (without naming him) was childish as PM also said about it and they should not speak without the knowledge of facts.

“The behaviour in the parliament yesterday was childish and what happened there was far from the facts. There is some secrecy on the deal between India and France and raising the issue without knowing the facts is what we called childish,” said Singh.

Singh said as a former soldier he thanked the PM for supporting the soldiers in his comments when fingers were pointing on them regarding their loyalty.

On upcoming 2019 elections and target Northeast he said the government is concentrating on the agenda of development not any other lucrative offers.