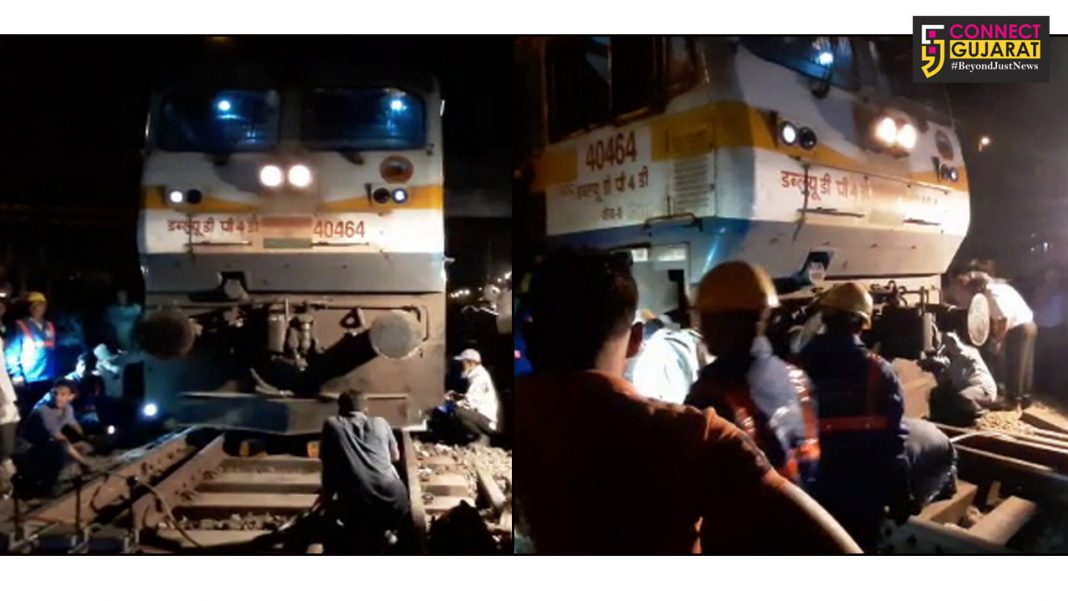 No trains affected as platform is blocked for repair

Front one side wheel of the diesel engine slipped from the track at Vadodara railway station before connecting to Nizamuddin Trivendram Rajdhani express. The front wheels of the engine derailed on the up line of platform 1. However no trains are effected as the platform is blocked from repairing work and the trains are allowed from the other lines.

As per details the diesel engine WDP 4D was  getting ready to connect with Nizamuddin Trivendram Rajdhani express as per schedule. As the engine was moving the front side wheels suddenly slipped from the track. The on duty staff immediately rushed to the spot and replace it back on tracks with the help of hydraulic and other equipments. Senior officials also reached the spot to review the work.

“The incident happened in the night as the engine was kept ready to get connected to the Nizamuddin Trivendram Rajdhani Express on the side standby track at platform 1. However as it moves to get connected to the train the front wheels of the engine get derailed. No trains are effected as the platform 1 was blocked due to repair work and all the trains are moving from the adjacent platforms. The movement of trains are not affected due to the incident and our staff put back the engine on tracks,” said Khemraj Meena Pro Vadodara division of Western Railway.

The administration cleared the track around one hour of work and services resumed as per schedule.