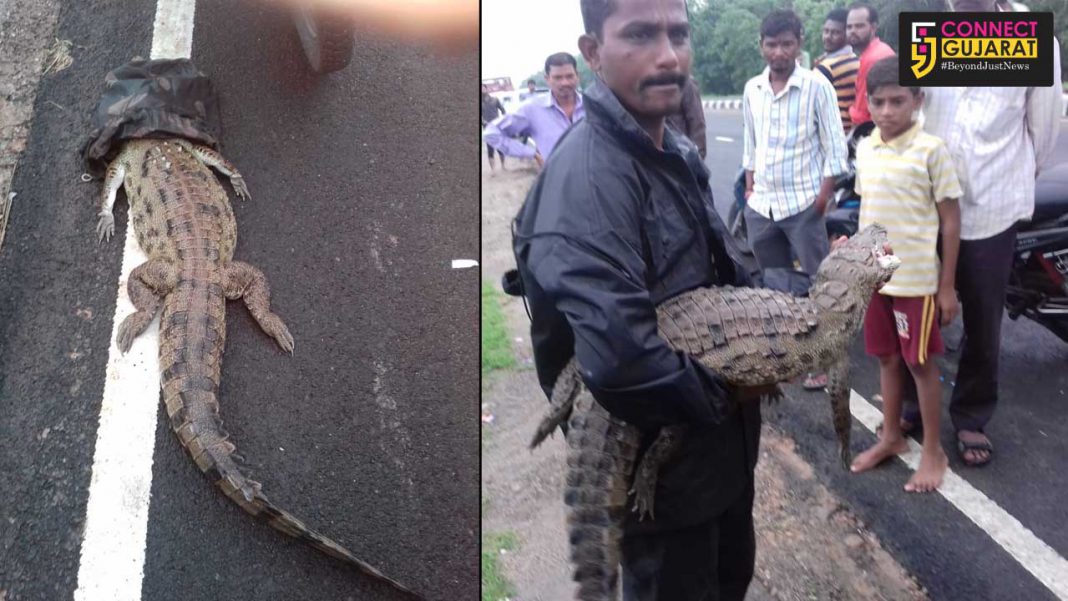 A four feet crocodile died after came under the wheels while trying to cross the road. The incident happened near Kelanpur and the carcass was spotted by the GSPCA volunteer heading towards to attend another call.

As per details the crocodile was spotted by the GSPCA volunteer in the morning on Dabhoi Kelanpur road. The four feet crocodile might be strayed from the nearby Dhadar river and came under the wheels of passing vehicle.

The carcass of the crocodile was brought to the forest department where the doctors performs post mortem to know that exact reason for death..