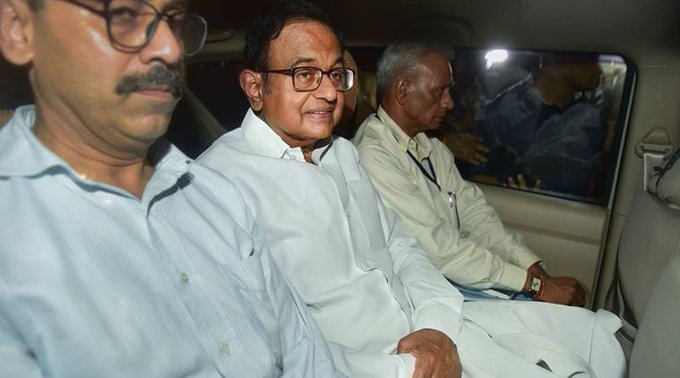 Former Union Minister P Chidambaram was arrested by the CBI late in the night on Wednesday. He was arrested in connection with the INX media case.

It was a high drama as the eams of the Central Bureau of Investigation and Enforcement Directorate reached the Delhi residence of P Chidambaram and arrested him on Wednesday night in connection with the INX media case. The teams reached immediately after he addressed the press conference at the party’s headquarters in New Delhi.

The Delhi High Court on Tuesday had rejected the leader’s anticipatory bail plea, after which he immediately moved the Supreme Court. The top court, however, listed his appeal for Friday.