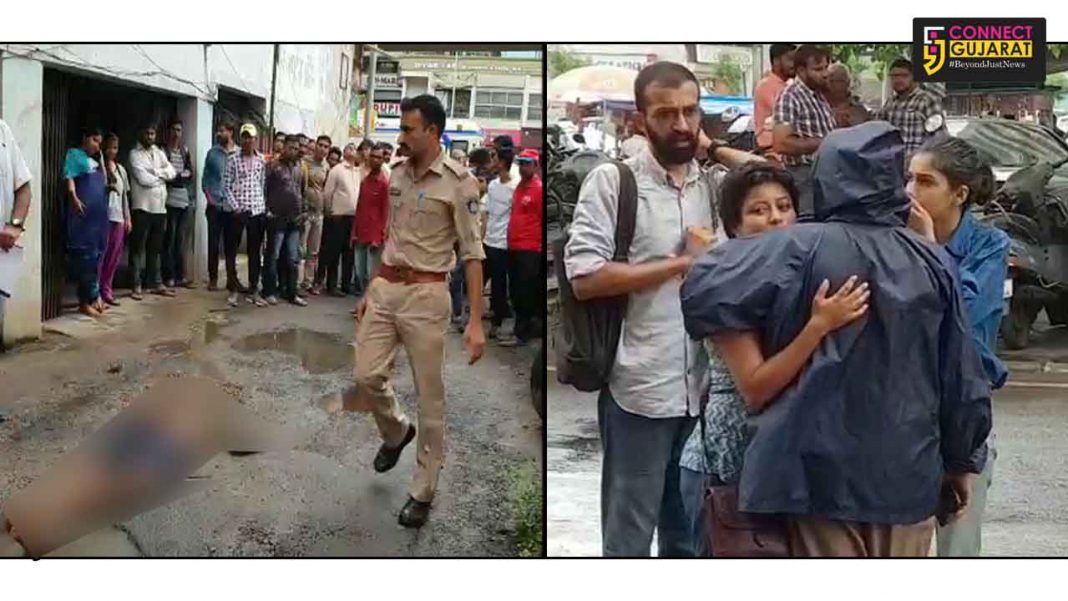 Former footballer of MSU Baroda and coach Ishwar Bhagirath Beniwal better known as Ishwar Chaudhary died under mysterious circumstances near his residence in Vadodara. He jumped from a seven floor building at Fatehgunj area and the locals found his body on the road after heard a huge thud.

As per the available details Ishwar Chaudhary aged around 55 to 60 years jumped from 7th floor of Shreyas Apartment next to Snehal apartment where he lives. As per the locals they heard a big thud in afternoon and found Ishwar body lied motionless. The body don’t have any major injures which make the 108 medics felt the internal bleeding might be the reason of death.

His daughter Aayushi was sleeping inside the house and shocked to heard the news of her father’s death after the locals informed. The police registered the case and search for the exact reason of suicide after taking statements of his daughter and locals. The incident shocked the locals and they gathered at the spot and help the police to identify the body and other details.