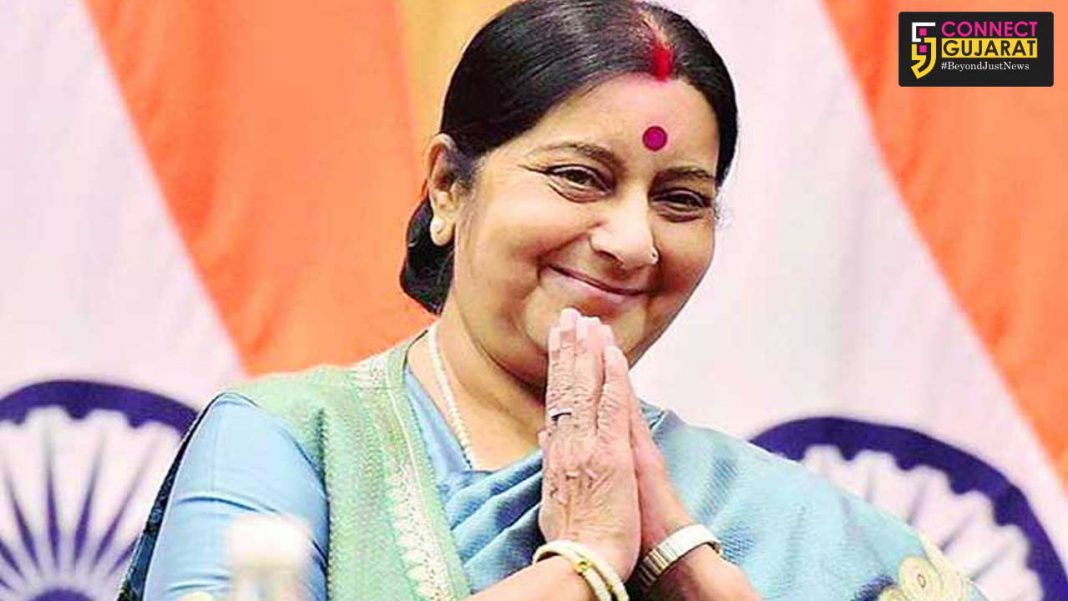 Former External Affairs minister and senior BJP leader Sushma Swaraj passed away after a massive heart attack on Tuesday. She was admitted in AIIMS and died late night. She was the BJP’s prominent woman face and did not contest the recently held Lok Sabha elections citing health reasons.

The veteran leader suffered a massive heart attack at the hospital and died at the age of 67. Before admitted in the hospital Sushma Swaraj in her Tweet thanked Prime Minister  Narendra Modi for the government’s move on Kashmir and mentioning that she was waiting for this day in her lifetime.

She was born on 14th February 1953 in Ambala Cantt in Haryana. Her father Hardev Sharma was member of Rashtriya Swayam Sevak Sangh. She studied in Ambala Sanatan Dharm college and completed Law from Chandigarh University. She has firm hold on Hindi and Sanskrit and started practicing in Supreme Court in the year 1973.

In 1970 Shushma Swaraj entered politics under ABVP. Her husband has close relations with George Fernandez. Sushma was member of Haryana Assembly from 1977 to 1982 and was cabinet minister in Haryana in Devilal government. In 1990 she was elected to Rajya Sabha and in 1996 elected as Member of Parliament from South Delhi seat. She was Information and Broadcasting Minister in 13 days Atal Bihari Vajpayee government.

She was minister in 12th Lok Sabha and was leader of opposition in 15th Lok Sabha after won from Vidisha seat in Madhya Pradesh. From 2014 to 2019 she was External Minister in Narendra Modi government but denied to fight the elections in 2019. Sushma was also the Chief Minister of Delhi.

She visited Gujarat many times and also addressed public meeting at Shaktinath ground in Bharuch. She was shifted to AIIMS after the heart complications and later died during treatment.