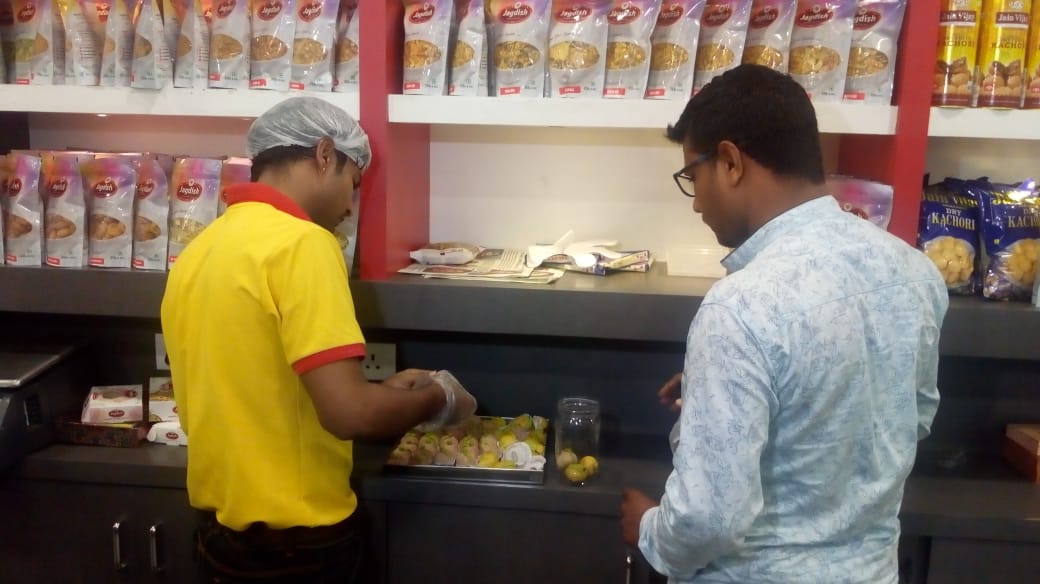 Food and Drugs department conduct checking at Jagdish Sweet and Farsan shop on Sama Savli road after a written complaint. A father of two approached the department after his children get ill after food poisoning consuming the Bundi sweet from the shop. The food department collected samples from the shop for lab testing.

Pragnesh Patel lives in 301 Ambika Heights at Sama Savli road purchased Bundi sweets from Jagdish Sweet and Farsan shop on Rakshabandhan day. His two children get ill due to food poisoning after consuming the sweet and rushed to hospital.

“We purchased the sweet on Saturday and serve to my children on Monday evening. Both of them complained of uneasiness and my daughter missed her school but son went. However his health deteriorated and received a call from the school. I brought him home and later took both of them to the hospital, “ said Pragnesh Patel.