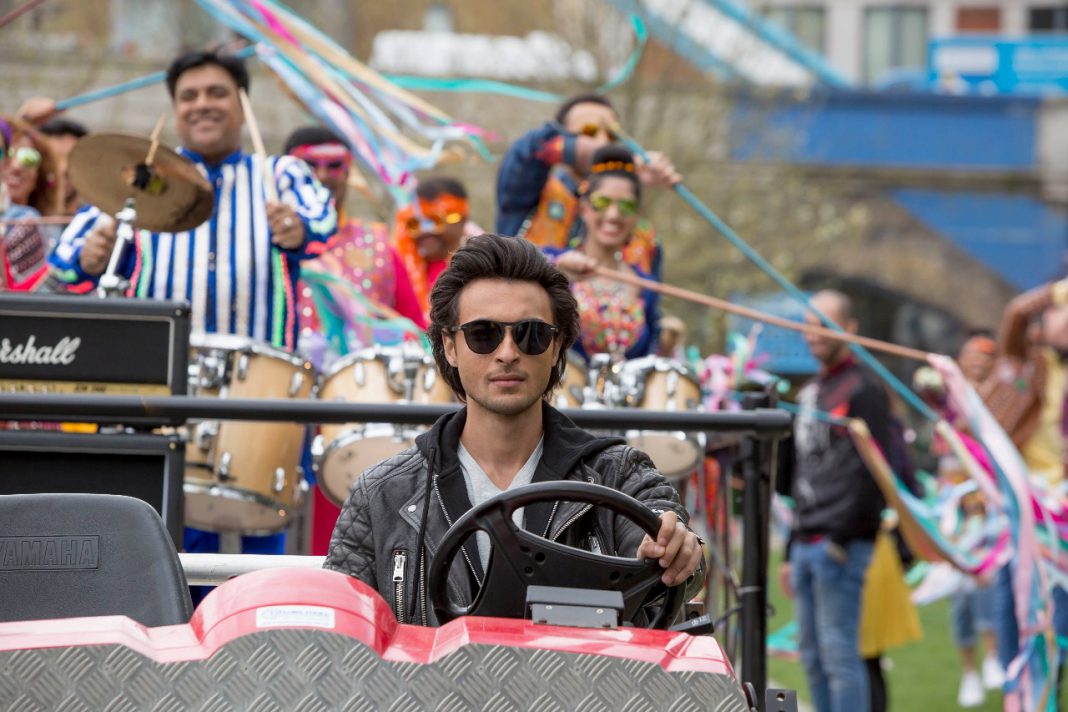 Trailer of Salman Khan Films, ‘Loveratri’ which stars the  debutants Aayush Sharma and Warina Hussain has got warm response from the audience. The makers have presented the audience with the first look from the much-anticipated song ‘Chougada’ which is the first song of the film. The foot tapping number comes out on 14th and will see the leads perform on a flash mob which was filmed on the streets of London city.

The upbeat song is choreographed by Vaibhavi Merchant and composed by Lijo George and DJ Chetas. The movie which unfolds the love story between the lead couple has been extensively shot in Gujarat and London. The makers have recreated entire Gujarat on the streets of London and dancers from across quarters and ethnic background will be seeing dancing to the beats of Garba.

The fresh chemistry of the lead pair Aayush Sharma and Warina Hussain has been piquing the interest of the audience with videos and pictures from the Garba training. Sharing insights into the first song, director Abhiraj Minawala shares, “We wanted a song that has a strong Gujarati connect to the culture and capture the essence of Navratri. The song is a Garba Flashmob shot on the streets of London and the actors Aayush and Warina practiced and rehearsed for the song few weeks in advance before we shot.”

Choreographer Vaibhavi Merchant has recreated entire Gujarat at prominent spots like Poters Field, Towers Bridge in London. The song will showcase the power of love and Garba in the movie.

Written by Niren Bhatt, ‘Loveratri’ is directed by Abhiraj Minawala who will also be making his directorial debut with the film. The romantic drama will mark the next venture of Salman Khan Films.Presenting the first look of Loveratri’s ‘Chougada’