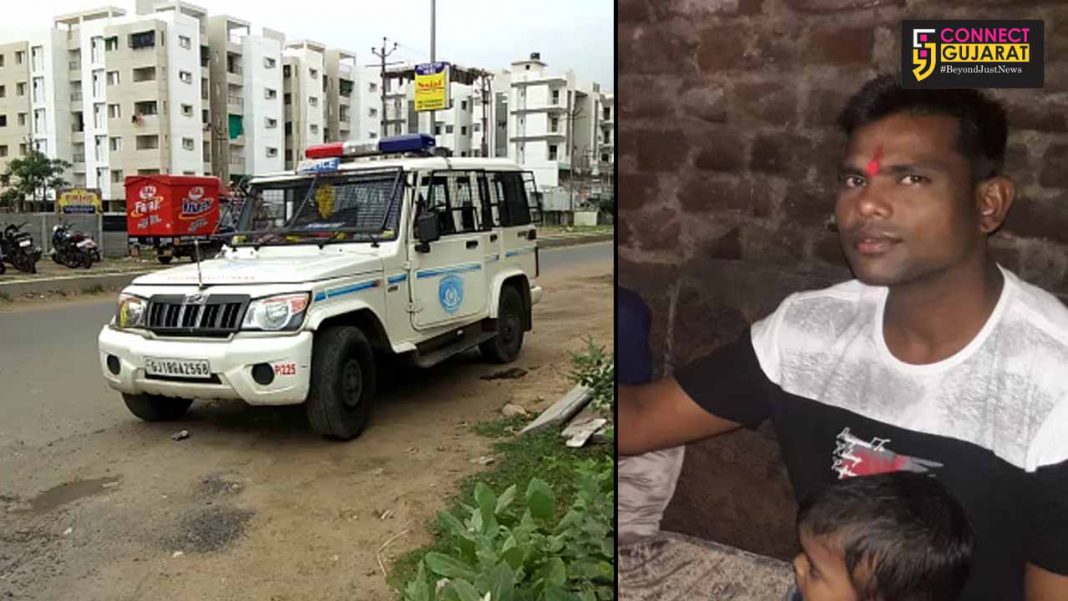 Enimity over Ganeshotsav donation and not sitting inside a Ganesh Pandal leads to murder of one in Vadodara. The incident happened in broad daylight at Parivar crossing at Waghodia road where the accused killed the victim over fight over collection of money for Ganesh festival. The broad daylight murder shocked the locals as a petty issue lead to such a gruesome incident.

On Sunday night youths from Bhairav Nagar and Ukaji Wadia fight over a matter over Ganeshotsav donation and today the fight took violent turn where Sanju Kahar was killed by Ramesh Bhoi.

As per details Sanju Kahar along with Kalu Kahar and Ajay Kahar went to Ukaji Wadia for donation. They had heated argument and fight with Ramesh alias Tino Ranchod Bhoi. Both of them registered cross complaints against each other in police station.

On Monday both Sanju and Ramesh once again fight over not sitting inside the pandal. However the other youths intervened and control the situation. However Ramesh had some other intentions and he attacked Sanju with a sharp edge weapon when he was out along with one and half year old son.

After sudden attack he fell on the ground and locals rushed him to the nearby Savita hospital where he died during treatment. Youths and women from Bhairav Nagar reached the hospital after the news. Police also reached the spot and began investigating in the matter. Residents of Bhairavnagar put allegations and  said if police arrested Bhoi after the complaint the incident might not happened.

However over the allegations Panigate PI N.A. Vaghela said police took complaints of both and act immediately. Their team went to arrest Bhoi but he was not found there. On Monday after the murder Ramesh fled with his family and police launched a manhunt to nab him.