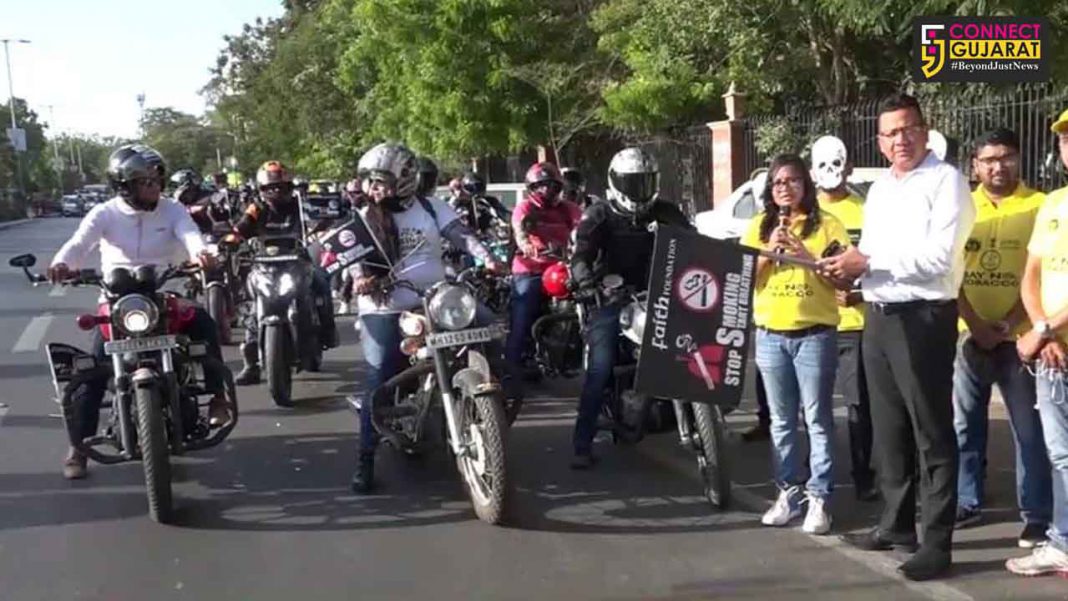 Spreading the message about ill effects of tobacco on humans

On the occasion of World Tobacco Day Faith foundation in Vadodara organise a bike rally in the city to spread the awareness about the ill effects of tobacco on human health.  The rally was flagged off by police commissioner Anupam Sinh Gahlaut from Kamatibaug.

Every year 31 May is celebrated as World No Tobacco Day (WNTD) all across the world spreading the message of harmful effects of tobacco on peoples health and discourage the use of it in any form.

The focus of this year World No Tobacco Day  is focused on “tobacco and lung health”  where the awareness will tell people about the negative impact of tobacco on people’s lung health from cancer, chronic and respiratory disease. The campaign also call for action to reduce tobacco consumption and engaging everyone to fight for tobacco control.

The volunteers of Faith foundation spread the message about the ill effects of tobacco through placards and wearing skull masks during the start of the rally.  The aim is to aware people about the laws of consuming tobacco products in public place and also about the deadly effects on human body. Faith Foundation founder Suzan Christian and police commissioner Anupam Sinh Gahlaut request the people to stay away from tobacco products and stay healthy.