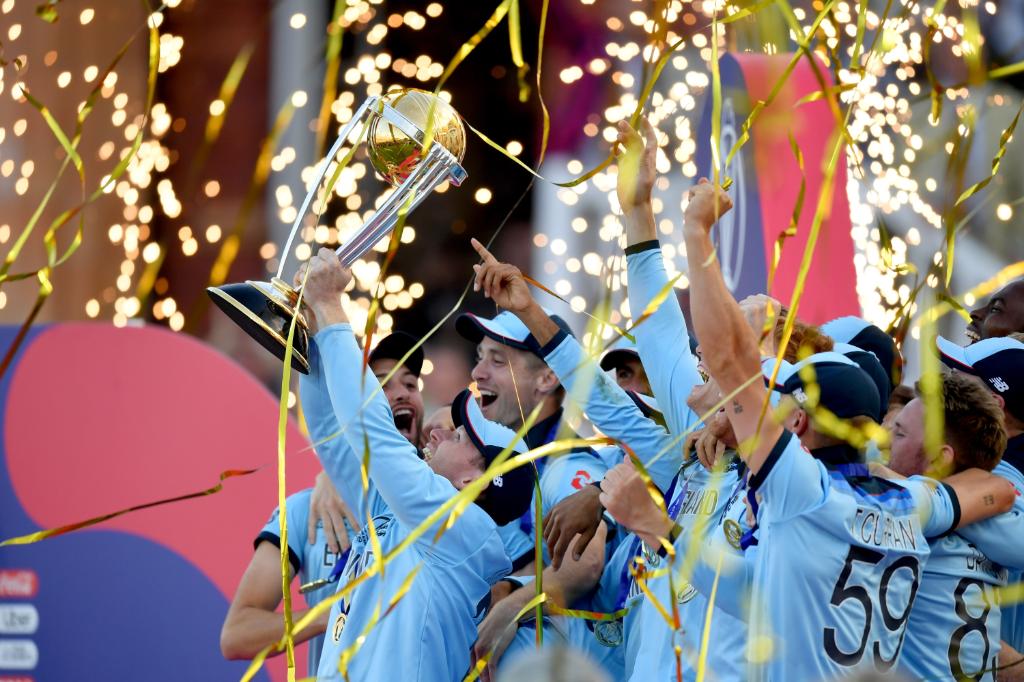 England became world champions after the match extends to Super over as the match was tied after the hosts managed to level the score. The super over also tied but England won the match and the cup on basis of boundary count.

It was a nail bitter final in 2019 edition of the world cup as both the teams gave brilliant performance on field. Batting first New Zealand score 241 for the loss of eight wickets in their 50 overs playing at the historical Lords cricket ground. In reply England lost four wickets inside 100 runs and gave Kiwis the upper hand as they bowled brilliantly.

However Ben Stokes and Jos Butler shared 110 runs partnership for the fifth wicket and steadied the innings. However after Butler departs it was the one man show by Stokes and he managed to level the score as England finished 241 all out in 50 overs and the match went for a super over to decide the next world champions.

In Super over Ben Stokes and Jos Butler score 15 runs of New Zealand bowler Trent Boult. New Zealand in reply send Neesham and Guptil and once again the match tied as they managed to score 15 runs in the over. The Kiwis need 2 runs to win in the last ball but Guptil was run out while taking the second run and England won on basis of boundary count.

England became champions after 44 years and the 6th country to win the world cup. Ben Stokes was declared Man of the match for his innings.