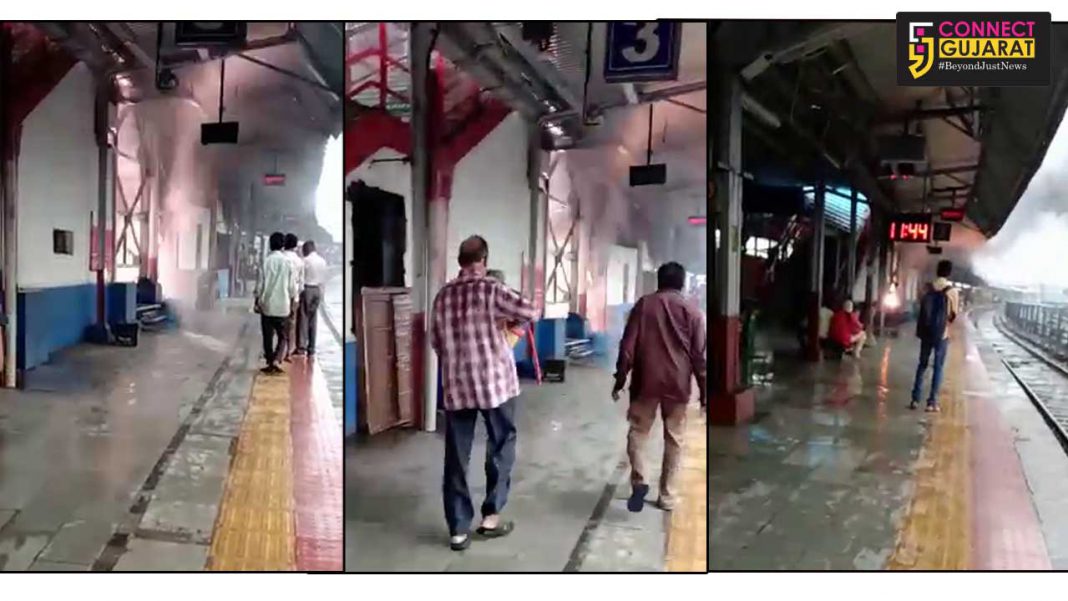 Staff doused the fire immediately and no causalities reported

Passengers waiting for their trains on platform 2,3 of Vadodara railway station had to run for safety as the electric control panel caught fire suddenly due to overloading. The railway department doused the fire immediately and no causalities are reported in the incident.

As per details the control panel at the platform 2,3 suddenly caught fire after a blast and caught the passengers by surprise. The incident happened around 11.45 as the fire started but not spread further. The staff present there immediately rushed to the spot and doused the fire with the help of fire extinguishers.

As per railway PRO Khemraj Meena the fire might happen due to overloading and immediately doused by the staff. It starts with blast and started but no casualties are reported.