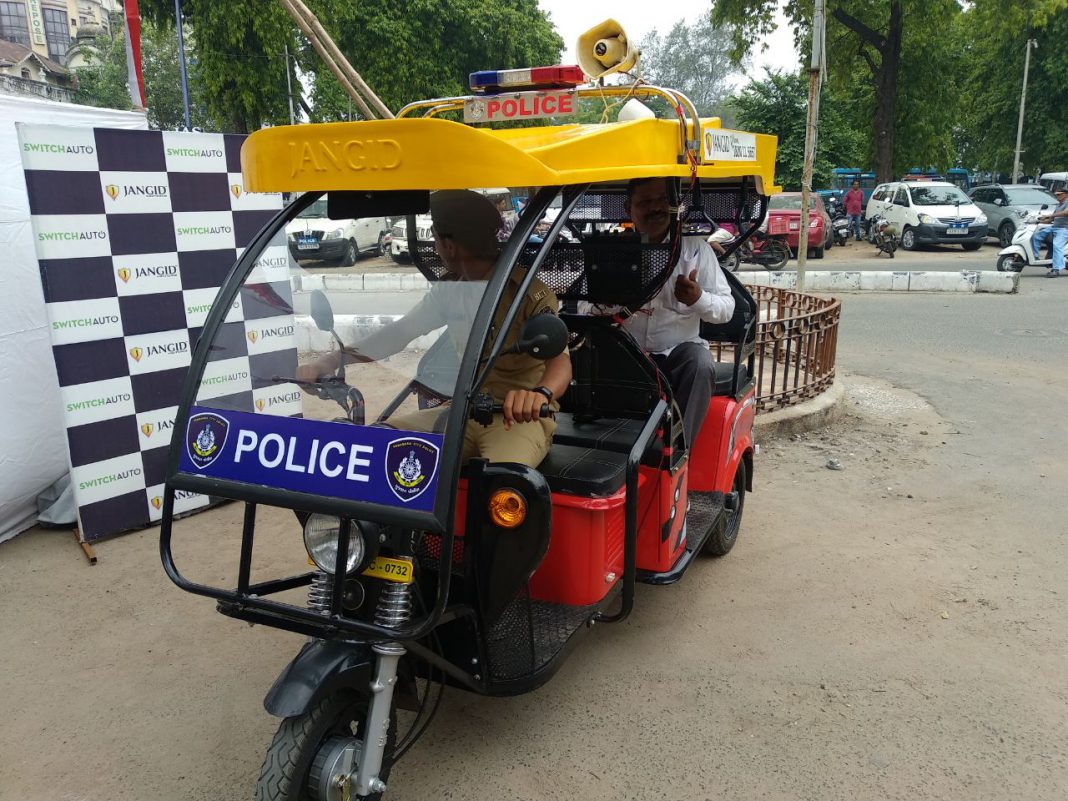 First such project in state

Vadodara police commissioner launched the E Rickshaw at old traffic police station at Sayajigunj and took a step towards clean environment. The city police is equipped with different vehicles for patrolling inside the city but they the searching for some healthy option which also help in saving the environment.

Police commissioner Manoj Shashidhar launched the E Rickshaw under PPP model as a step towards the initiative which will be used for patrolling inside Kamatibaug and MSU Baroda.

Talking about the specialities of E Rickshaw it can run for the whole day after one time recharge. It is equipped with wireless set which helps in recieve direct message from the control room and pass on the same. The vehicle is fitted with colourful lights, siren and loudspeaker for announcement. The back side of the E Rickshaw is fitted with LED screen flashing the message by the city police and five policemen will sit inside it.

Police commissioner Manoj Shashidhar said the aim of starting E Rickshaw is to help the policemen find it tough to patrol inside the MSU and Kamatibaug on foot. The vehicle will also help save the environment and step towards clean Vadodara initiative. It’s a pilot project and many more will come in coming days.