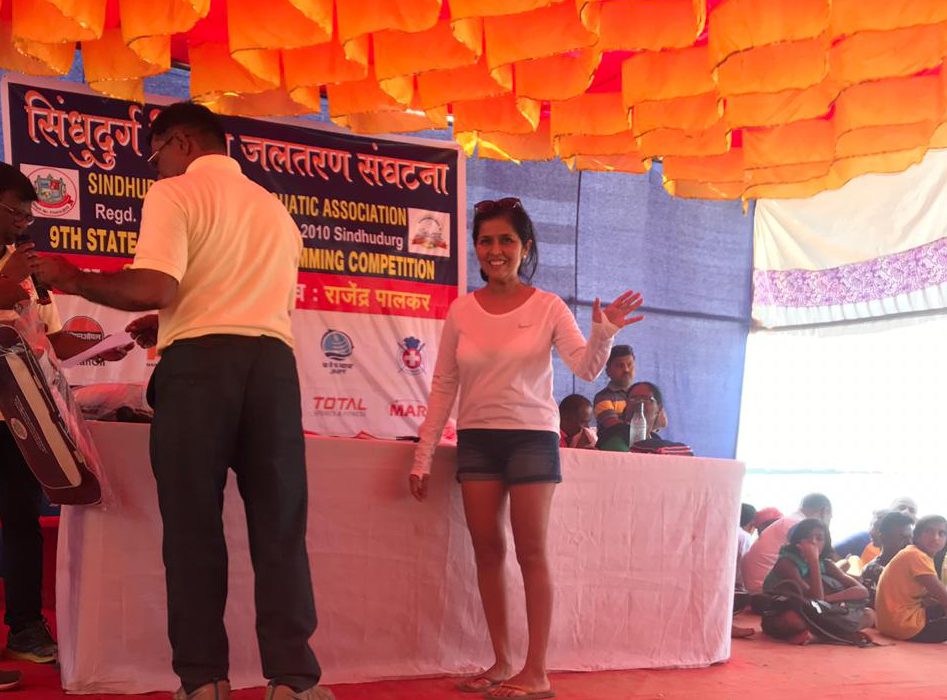 Came 2nd runner up in the

Dr. Preeti Kamat the Iron man from Vadodara once again proved her mettle but this time inside the sea. She compete in the state level swimming championship in Maharashtra for the first time and was 2nd runner up in the event. She along with five others from Vadodara are the only from Gujarat to take part in the swimming competition.

Organised by Sindhudurg District Aquatic Association Dr. Kamat compete in the 45 to 55 year Women category in 9th State Level Open Sea Swimming Competition. She complete the 3km swim in 49 minutes and was declared 2nd runner up in her maiden championship.

“Earlier I practiced swimming in Goa and here we were dropped 3km away from the shore in the middle of the sea at Malvan in Maharashtra. The ground was also not visible from the spot but with grit and determination I complete the challenge in 49 minutes. We are the team of six went there in the championship and only one from Gujarat to compete with swimmers from Maharashtra and other states,” said Kamat.

Dr. Preeti Kamat the first woman from Vadodara to take part in the Iron man challenge is mother of two and probably 1st one from Baroda and Gujarat to accept the challenge. Being a doctor she took out time from her busy schedule to practice for the competitions in order to stay fit and spread the message to others.

Dr. Preeti Kamat along with Vandana Parekh are the two women from Vadodara to finish the Iron Man 70.3 challenge considered to be one of the toughest event in the world. The event is a Triathlon which consists of running, swimming and cycling and every year competitors from all across the world take part in it.