Dr. Hetal Thakkar and her PhD student, Arpita Ashokbhai Patel have been granted Indian Patent for their invention on uterine targeting of dual drug loaded liposomes for the treatment of uterine fibroids and endometriosis. The title of the patent is “Intravaginal Ring bearing dehydrated rehydrated vesicles loaded with Raloxifene hydrochloride and Leuprolide acetate” bearing the […] 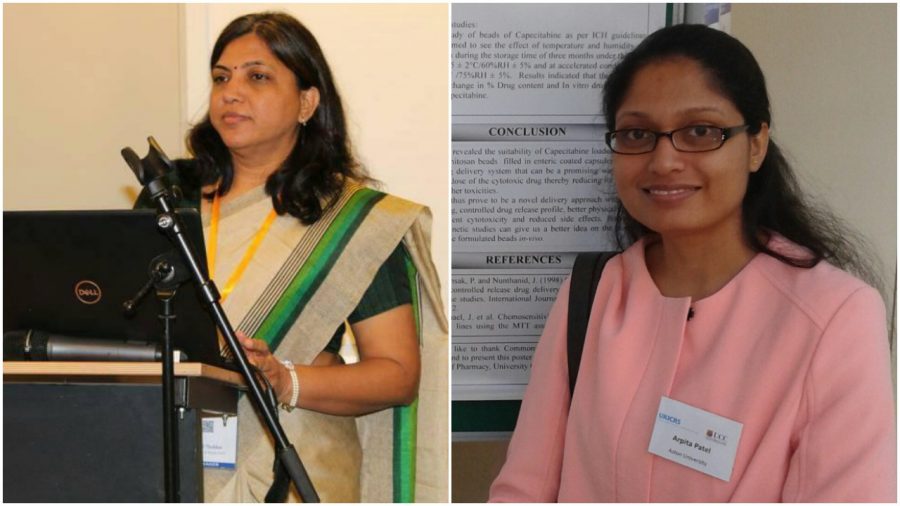 Dr. Hetal Thakkar and her PhD student, Arpita Ashokbhai Patel have been granted Indian Patent for their invention on uterine targeting of dual drug loaded liposomes for the treatment of uterine fibroids and endometriosis. The title of the patent is “Intravaginal Ring bearing dehydrated rehydrated vesicles loaded with Raloxifene hydrochloride and Leuprolide acetate” bearing the patent number 352012.

The research work was carried out at the Faculty of Pharmacy, The Maharaja Sayajirao University of Baroda by Arpita Ashokbhai Patel under the guidance of Dr. Hetal Thakkar. The project work was planned taking into consideration the need of a better formulation for treatment of Uterine Fibroids, which is a major medical problem in women.

Fibroids are the most common type of solid tumor in women of reproductive age, with an incidence of 20–25% and cause a variety of health problems such as menorrhagia, pelvic pain, recurrent miscarriages, obstructed labour, postpartum haemorrhage and sepsis. They also may be responsible for reproductive problems like premature labor, fetal malpresentations and infertility.

Current Treatment options include medical and surgical methods. Surgery involves removal of uterus (Hysterectomy) which is not preferable for women who wish to conceive. Medical therapy includes hormonal drug administration. Currently, Leuprolide acetate (Gonadotropin releasing hormone analogue), is given by intramuscular injection, which is painful and the drug distributes to the different organs leading to side effects like decrease in bone mineral density when used for more than six months, insomnia, headaches, mood swings, vaginal dryness, acne, muscle pains, dizziness, depression.

Similarly, Raloxifene (selective estrogen receptor modulator), has very low oral bioavailability (2%) leading to insignificant amounts reaching the site of action i.e. uterus. Both of these drugs acts directly on the leiomyoma cells leading to its shrinkage. Uterine targeting of these drugs can lead to enincreased concentration in uterus and decreased distribution to other organs resulting in fewer side effects. We developed a novel liposomal formulation entrapping both drugs for uterine targeting by non-invasive method thus avoiding its side effects on other parts of the body and targeting the drug to the site of action.

Intravaginal ring holds the drugs at site for longer preiod of time and self medication is possible. The developed formulation was evaluated using various in-vitro and in-vivo studies. The in-vivo studies conducted on rabbits using gamma scintigraphy indicated the preferential accumulation of the formulation in the uterus and negligible distribution to the other organs. This proves that the developed formulation offer a safer alternative to the conventional treatment.

A part of the research work was carried out at Aston University, Birmingham, United Kingdom, where Arpita Ashokbhai Patel had visited as a Commonwealth fellow and Dr. Hetal Thakkar visited as an Academic visitor, where she interacted with leading researchers in the field of Pharmaceutical sciences.