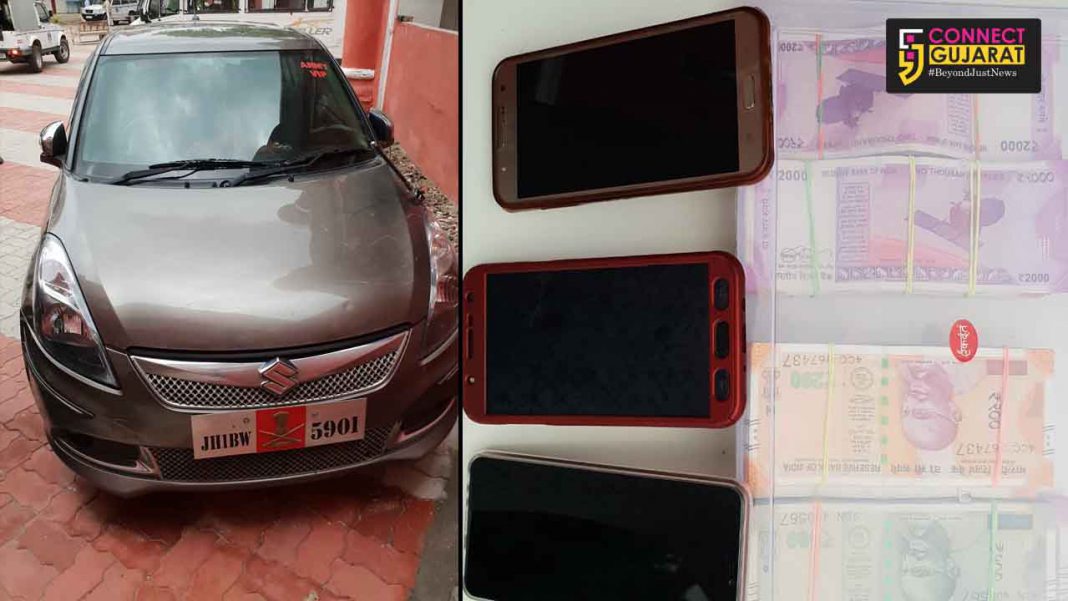 Police arrested all the three

Vadodara police detect the case of cash loot in front of the HDFC ATM and arrested a dismissed Army personnel for planning the whole thing. The main accused with the help of his two associates loot the cash box from the custodian of writers safeguard company.

On 28th June in a broad daylight incident armed robbers in Vadodara looted the cash box from the custodian of a private cash deposit company when he was on its way to deposit cash. The sensational incident happened at Muktanand crossroads where the alleged robbers snatched the cash laden box from the custodian and fled from there after injuring him. The gunmen fired one round but the accused managed to escape from the spot in a car.

Tracking the case the Vadodara police on the base of CCTV footage, technical intelligence and human intelligence managed to crack the case and arrested the three from their hideouts. The main accused and master planner is dismissed Army man Naresh Rawat lives in Tarsali road area. He contacted the other two accused Ashish Maurya and Nandkishor during his posting in MP and plan the crime. He also purchase the firearm from there.

“The case is a challenge to us and we put our teams to track the accused on base of their movemnets. The CCTV played a important role to track down the accused and with the help of technical and human intelligence we managed to arrest the main accused along with his associates,” said Manoj Sashidhar Commissioner of police Vadodara.

The main accused Naresh Rawat was on Field Marshal Rank before dismissed for disciplinary ground. He is living with his second wife and his first wife gives a complaint of domestic violence against him in 2015 in Makarpura police station.

“The main accused done the reiki before the crime and planned it to be a perfect crime. We tracked his moments through the CCTV footage which also help in route analysis of the accused. He planned the whole thing and also active on social media. The account on FB showed his greed for money and that shows his criminal state of mind. We arrested all the accused and recovered 2 lakhs along with mobile phones, Swift car and in the process to recover the rest of amount,” said Shashidhar.