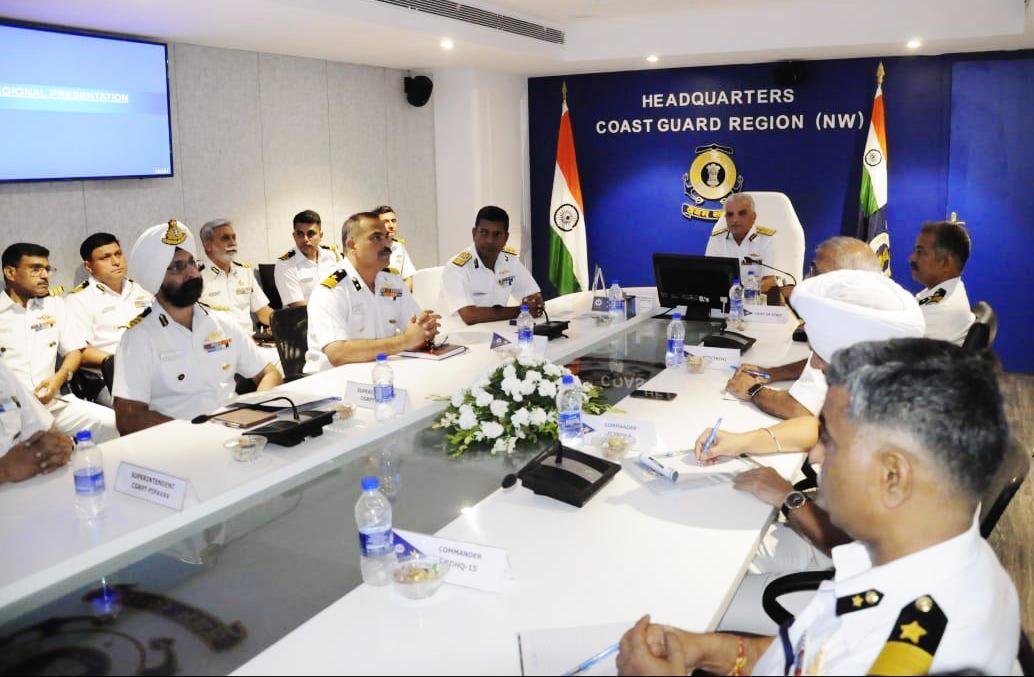 Director General Rajendra Singh PTM TM, (DG Indian Coast Guard) visited Headquarters Coast Guard Region (NW) Gandhinagar and overviewed the coastal security prepardness along the Maritime Borders of Gujarat. He emphasised that ICG has progressed way ahead to increase the air and surface assets including developing support infrastructure such as berthing and repair facility to bolster the security arrangement.

He also expressed about the second phase of installation of Coastal Static Sensor at various locations of Gujarat which is now in implementation stage. This would enhance the surveillance capabilities and augment monitoring both at Vessel Traffic Management System and Port Authorities in area of Gulf of Kutch and Khambhat.

The DG applauded the region for recent two operations of anti-drug trafficking one at fringes of eez and another at notional IMBL with Pakistan. He appreciated the daring act of the ships at sea who accomplished the operations despite rough sea conditions. He exhorted the CG team to maintain high tempo with zeal and work cohesively with all stake holders in lines with operational philosophy for enhanced inter agency synergy operations by sharing the right intelligence at right time for the common motive of national security.

Further he desired for community integration with fishermen a step ahead of community interaction program of indian coast guard. he expressed his confidence and hailed the coast guardian to spear head parallel for the overall excellence on task assigned beyond the charter for human cause, keeping the flag of Indian Coast Guard always high.