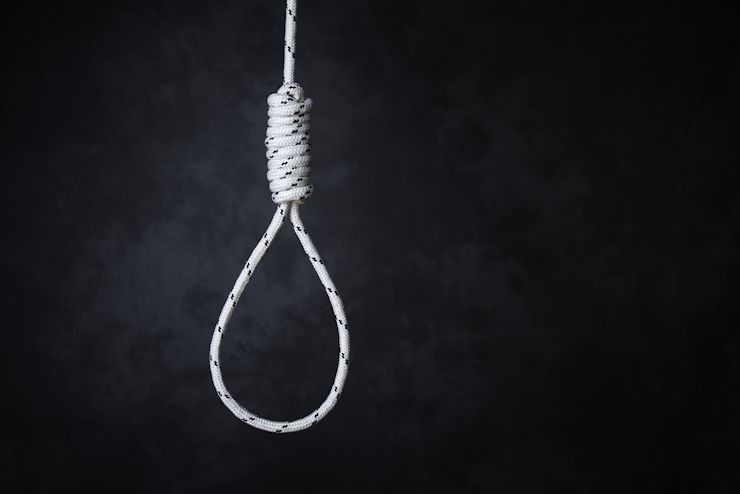 use the decorative cloth to hang himself

Debt ridden Vadodara businessman associated with share market and faraskhana business committed suicide by hanged himself inside his house. He used the decorative cloth sheet used to tied in the mandap to hang from the fan hook.

As per the details Rajendra Desai lives in Reva Park society at Waghodia road commit suicide on Friday night by hanged himself. His brother Sunil said Rajesh Desai was associated with share market and lost lots of money there. Later he started faraskhana business and he was under constant tension after the debt increase to around 30 lakhs. On Friday he commit suicide unable to handle the pressure.

Rajesh Desai left behind his wife and a son studying in 12th standard. Sunil said his brother often talked about the debt and business but not openly said anything. He never thought of such a step taken by him.

Panigate police registered the case and further investigating in the matter