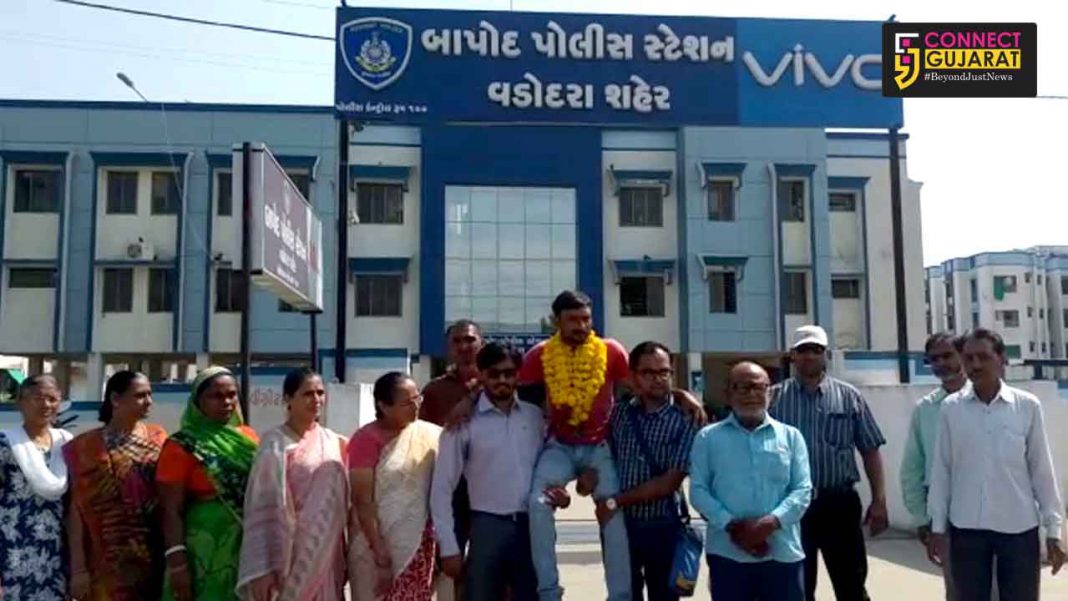 Friends took out his procession till the police station

An interesting matter came to light in Vadodara where the husband chose to serve jail term after unable to give maintenance to his wife. He was joined by other such persons and they all garland him and took him to the police station like a procession.

As per the details Hemant Manubhai Rajput resides in Sayajipura village outskirts of the city and married for 15 years. He is a daily labourer and support his family consists of his wife and aged parents. He don’t have any children from the marriage.

Everything is going fine between them but one day his wife asked him to live separately from his parents but he denied. She started to fight with her husband and in laws and at one time files a maintenance case in the court.

The court then orders the husband to give 3500 as maintenance to the wife or else face jail term. Hemant was unable to pay the maintenance and hence chose to face jail term and asked his parents about the same.

With a heavy heart the parents allowed him to face jail term and assure him not to worry about them. On Monday Hemant was garlanded by his friends and they carried him on their shoulders to the Bapod police station. The whole incident surprised the police also as first time they saw such a procession of a person come to face jail term. They detained him and further process to present him before the court.