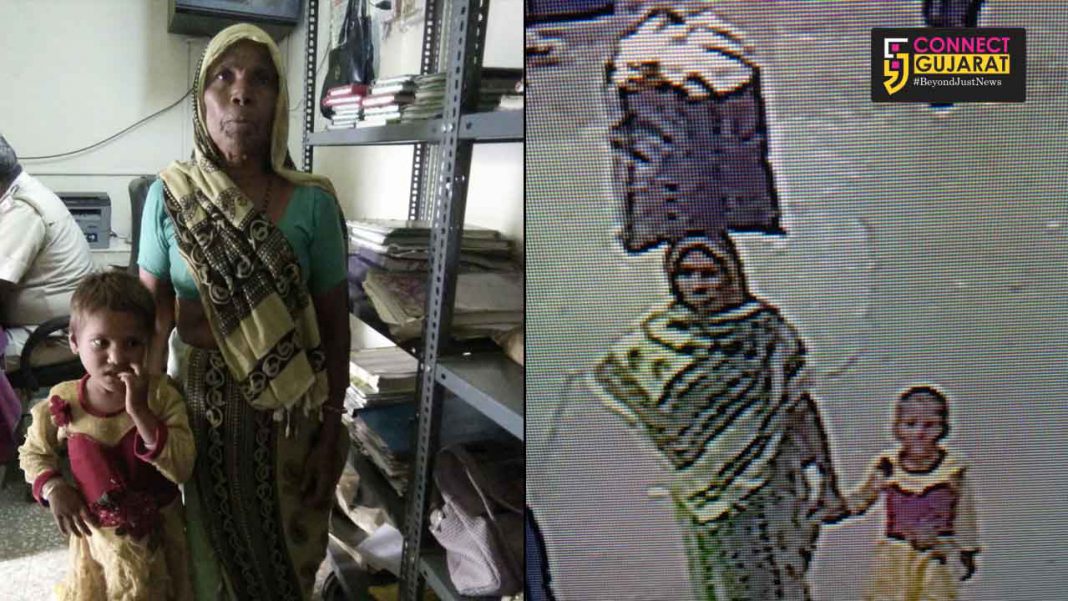 Arrested the woman with the baby

Vadodara Railway LCB and Dahod Railway police solved the kidnapping case and arrested the accused with the girl. The accused kidnapped the three year old girl from Dahod railway station about two and half months ago from inside Dahod Habibgunj memu train.

The matter was registered in Dahod railway police station and different teams were formed to investigate the case. On Saturday morning the team received the information about the kidnapper woman to arrive in Ratlam Dahod Memu train and continue the journey in the same train till Godhra.

The teams kept a watch at Dahod railway station since morning and as the train arrived the said woman aged around 55 get down to purchase biscuits from a stall. As she was about to board the train the police team intercepted her as they find her face the same as seen in the CCTV footage. They then took her to the police station along with two girls travelling with her.

During interrogation she said her name as Jaliben Bhabhor from Anas Himala Faliyu Dahod and one of the girl is the daughter of her own son. The second three year old girl was kidnapped by her from Dahod railway station about two and half months ago from Dahod Habibgunj Memu train. Police detained her and further investigation is on to trace the parents of the kidnapped girl.