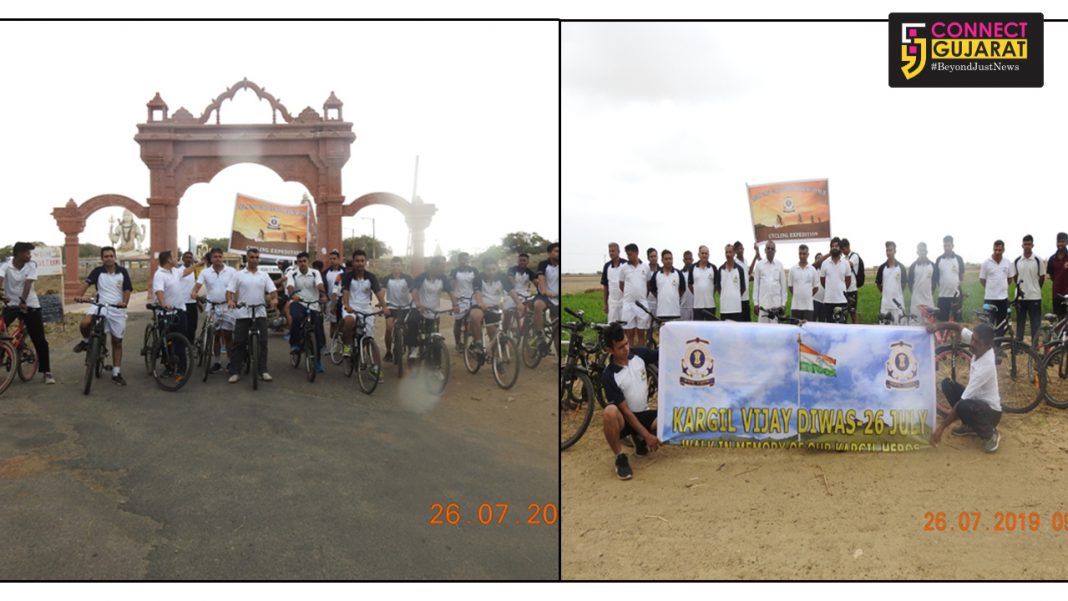 Expedition covered a distance of 20 KMs, passed through Okha , Mithapur and Nageshwar. The team, on the way interacted with general public of the villages and spread awareness about India’s Kargil victory. The expedition concluded at Nageshwar temple.

The event was aimed to create awareness amongst local populace about the contributions and sacrifices made by our Armed Forces for the protection of India’s sovereignty and National integrity.  In addition to this, Coast Guard District Headquarters No.15, Okha also organised Community interaction program with fishermen, hold motivational lectures and conducted educational tour for school children in Coast Guard Ships at Okha.