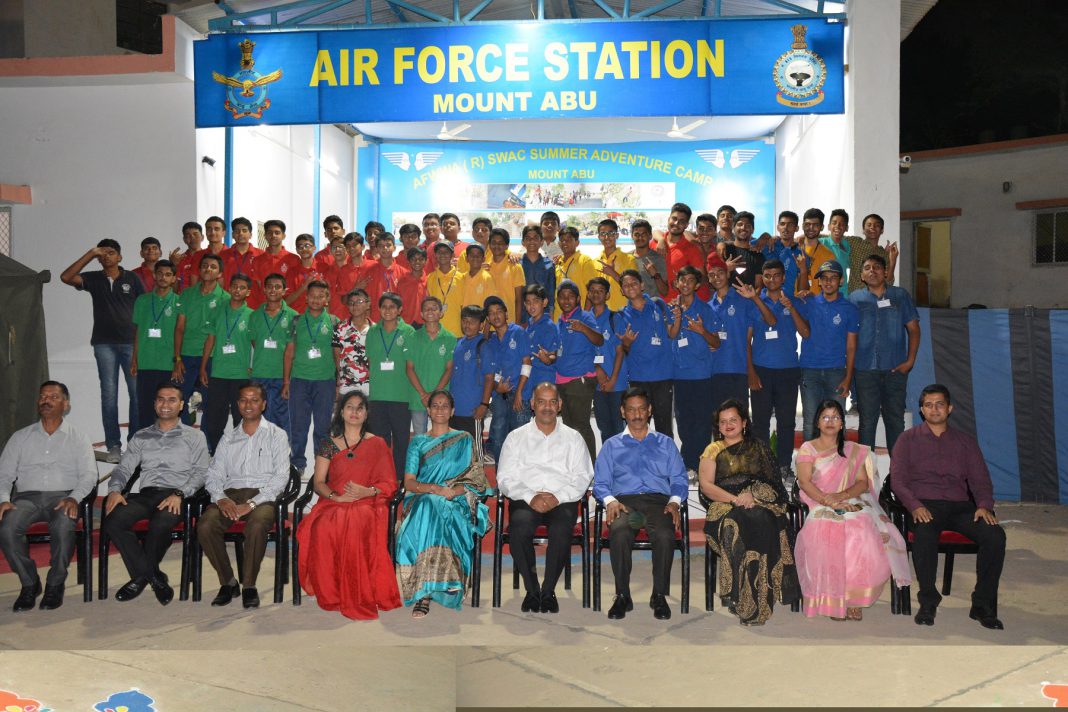 Camp participants were issued with camp kit on the first day and divided into different syndicates to foster healthy competition.  The camper’s day were packed with thrilling adventure activities like Leap of Faith, Tent pitching, Trekking, Parasailing and Rappelling at various sites including at Swami Vivekanand Institute of Mountaineering, Gau Kukh and Lower Kodhara Dam. In addition, a visit to ISRO observatory and a visit to Gurushikhar, the highest park in Aravallis was also conducted.

Daily Aerobics and Yoga formed a part of the children’s schedule.  Lectures on road etiquette, personality development, first aid during medical emergencies etc were conducted for the all round development of campers.  Participants were also acquainted with rich flora and fauna and picturesque locales of Mt. Abu during boating in Nakki Lake and Horse riding at nearby area.

The Campers also planned, prepared and presented a cultural extravaganza on the concluding camp fire day.  Air Marshal BR Krishna AVSM SC Senior Air Staff Officer, SWAC and Krishna graced the event and complemented the talent and enthusiasm displayed by the campers and lauded the efforts of AF Stn Mt. Abu for successful conduct of the camp.