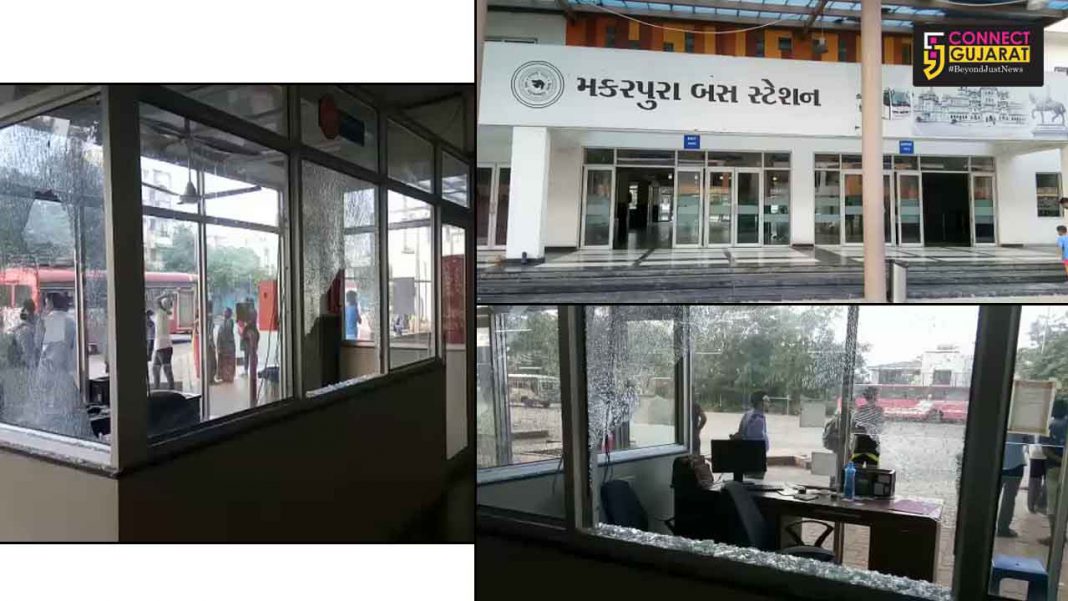 Three people injured in the early morning accident between ST bus and car near Makarpura village in Vadodara. The villagers rushed to the spot after the accident and then entered the depot breaking furniture and items in rage. Police registered the case against a group of 20 people and further investigating in the matter.

As per the details ST bus from Udhna towards Patan and a car collided head on near Makarpura village early morning on Saturday. Villagers rushed to spot after the accident and the driver of the bus Mahendrasinh Thakor in fear went inside the depot. The action further irked the villagers and they entered the depot and beat the driver and conductor Vijay Patel. The conductor was later admitted in a private hospital with injuries. The accident left three injured including the car driver.

The crowd then broke furniture and other items inside the ST depot which creates panic among the staff and the passengers. Makarpura police rushed to the spot after they get the information and control the situation before it spreads further.

ST depot employee Anwar Vohra gives complaint against the group of 15 to 20 persons and police registered the case under rioting. The police also detained the ST driver Mahendrasinh Thakor and further investigating.