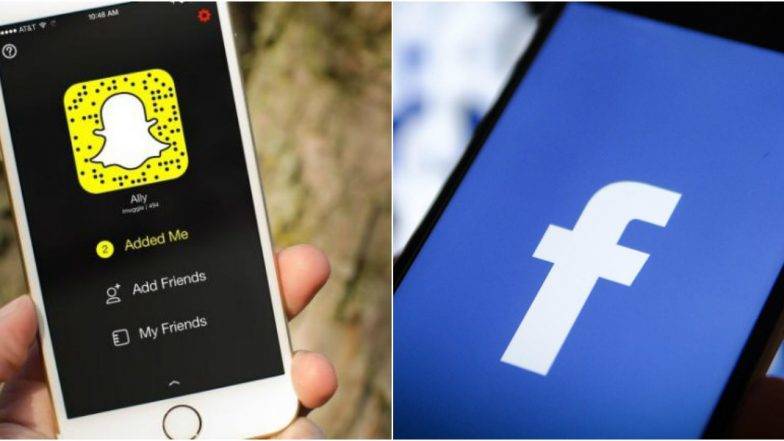 Hitting out at Facebook again, Snap CEO Evan Spiegel has told the social networking giant to not only copy Snapchat but also its data protection policies.

During a ReCode event in California on Tuesday, the Snapchat chief said Facebook has failed to sufficiently overhaul its user privacy protections.

“We would really appreciate it if they copied our data protection practices also,” Spiegel was quoted as saying.

“Fundamentally, I think the changes have to go beyond window dressing to real changes to the ways that these platforms work,” he added. 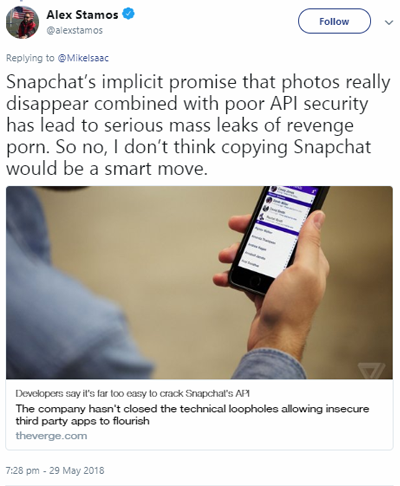 Facebook has reportedly copied several Snapchat features, including “Stories”.
Photo-sharing platform Snapchat on April Fools’ Day had trolled Facebook by introducing a filter that makes it appear as if a Russian bot has liked your post.

The filter targeted Facebook following reports that said more than 50,000 bots on Facebook, with links to the Russian government, were used to influence the 2016 US Presidential election.

While redesigning Snapchat in 2017, Spiegel took a dig at Facebook.

“The company is redesigning its app to separate media and social communications, making it easier to use and understand,” he said.

“We think this helps to guard against fake news and mindless scrambles for friends or unworthy distractions,” Spiegel said, taking a dig at Facebook and Twitter.

The redesign, however, didn’t go well with over 300 million Snapchat users.

Also Read: Is Facebook responsible for the data posted?