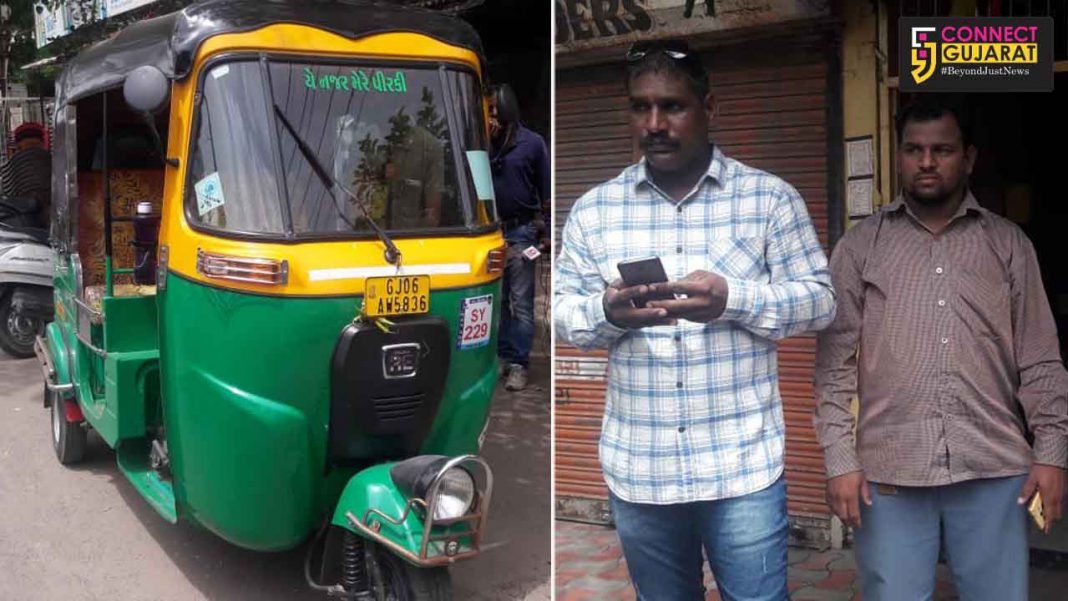 called him on phone to pay fine

Vadodara police is trying to implement traffic rules with their continuous drive in the city. But a strange case came to light to light in the city where a conman acted a police cheated a rickshaw driver by calling him in the name of the ongoing drive.

As per the details Kadarbhai Diwan from panigate area drives a rickshaw for his living and deliver Khaman in varios Farsan houses in the city. He said on Wednesday morning he received a call on his mobile in the name of police and asked him to pay fine immediately as they repeatedly tried to connect with him. He said the caller identified himself as calling from the traffic department and asked him to pay 100 rs as fine.

Kadarbhai further said that after searching his rickshaw he found 5,500 missing kept inside. He gives a complaint in this regard in Wadi police station where the conman cheated him in the name of traffic police. Police on the base of mobile number start searching for the conman.