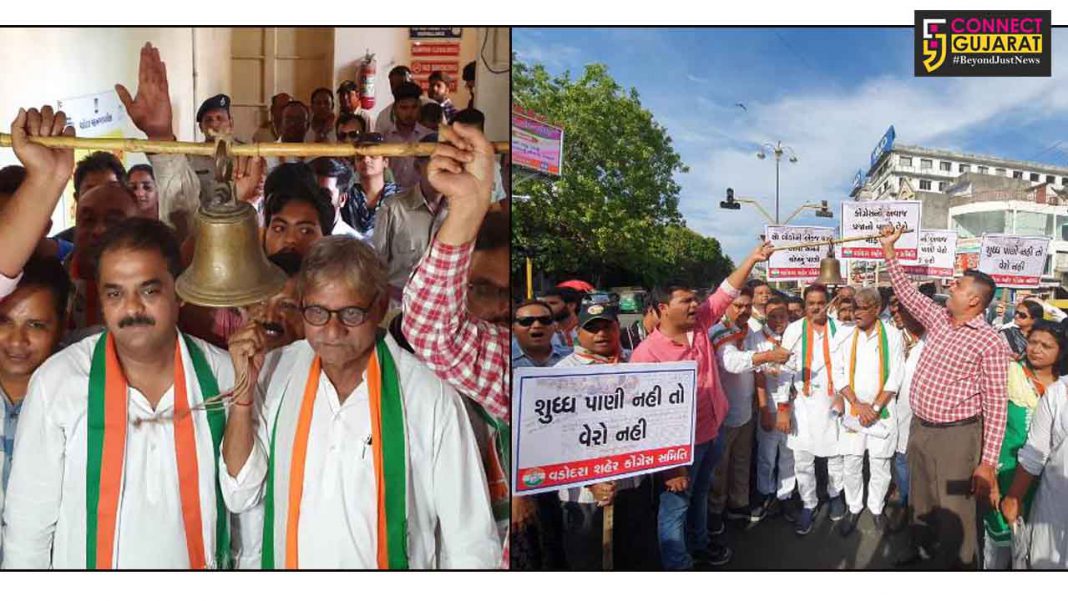 Requesting to take action against the responsible

Congress party on Thursday gives a memorandum to the municipal commissioner requesting him to take action against the contractor and responsible officers in view of the polluted water distribution to the city.  They put allegations on the administration for spending 300 crore in last three years on water and only supply 30 minutes of supply instead of 45 minutes.

Congress leaders gives the memorandum to the municipal commissioner regarding the polluted water distribution and put allegations on the administration for supplying the water for last four months.  There is no action still taken in the matter and they demand for a police complaint against the responsible persons.

They also request the VMC to waive the water charges for the last four months.  They put allegations on the administration for not supplying pure drinking water instead of collecting 70 crore in taxes.  They put allegations on the ruling party for corruption and asked them about when the residents of Vadodara get the supply of pure drinking water?