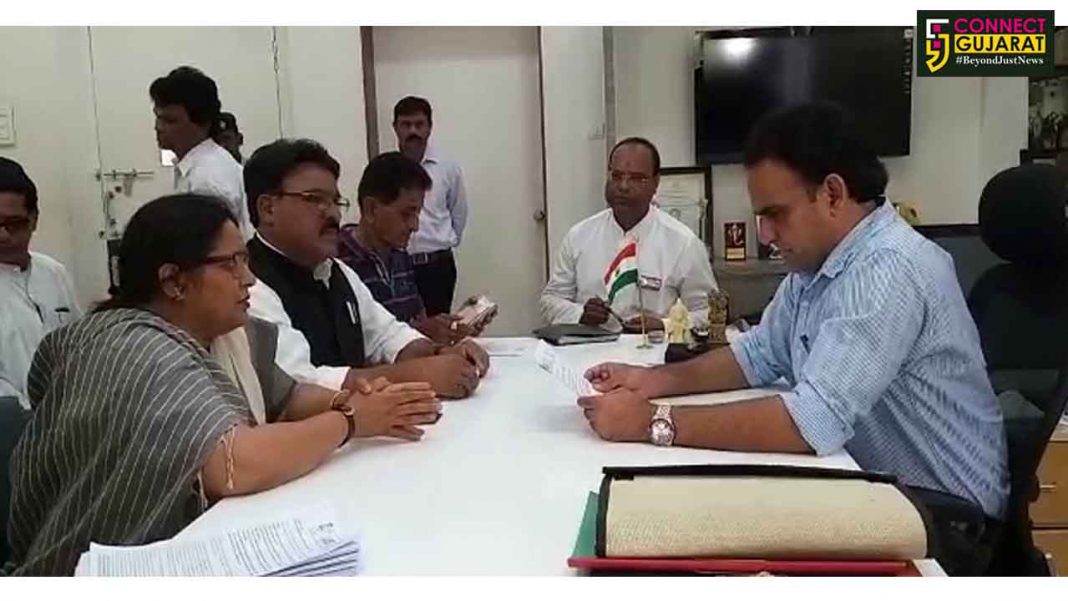 Congress councillor from Vadodara gives a memorandum to the municipal commissioner request him for police action against the contractor and responsible officers.  The representation was made in view of the polluted water distributed to the city for the last four months. They also threaten to sit on agitation if the officials fails to take any action.

Congress Councillor Ami Ravat said for the last four months the residents of Vadodara are receiving polluted water from the corporation. The issue is alarming as the health of the residents is on stake.  They represent the issue many times but the corporation only cleaned the 10 water tanks in the city and misuse the funds.

She said in real the residents forced to drink the polluted water after negligence in cleaning the Nimeta water treatment plant. The contract was given for the periodical cleaning of the plant and since the start it was not done for once.

For once there was no investigation in the area and people recieved polluted water to drink. The contractor and officials are directly responsible for it and they demand strict action against them. They also threaten to sit on protest in case the administration fails to take any action.