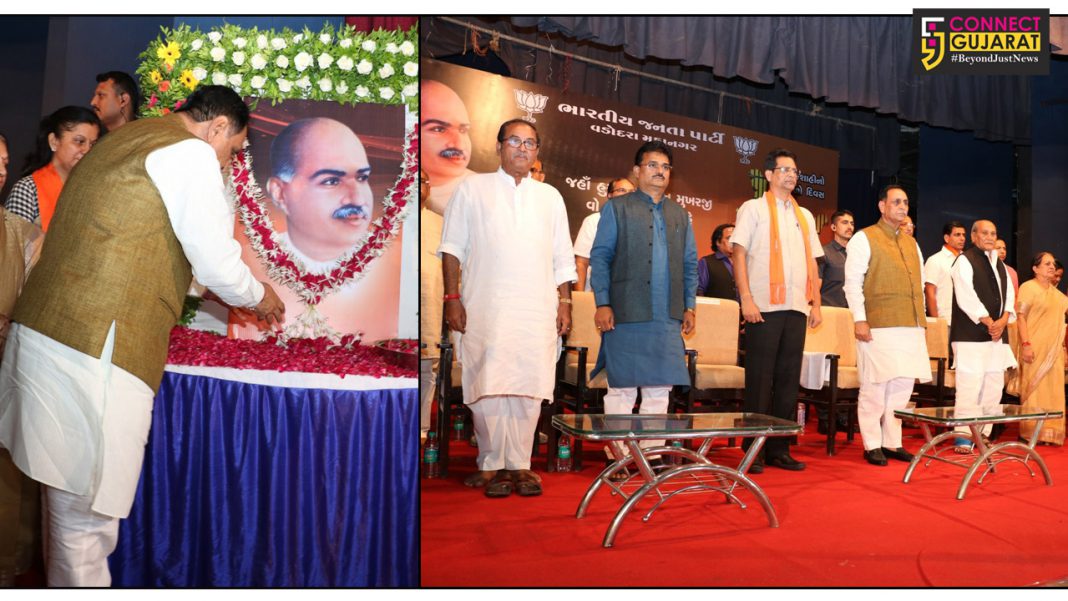 State BJP decides to observe the day as Balidan Diwas and CM Rupani was in Vadodara to pay his respects to Dr. Syama Prasad Mukherjee who devoted his life for the unity and integrity of the nation. He said the party will start a people awareness programme on 24 and 25 June to make them know the Kashmir issue.

“We observe the Balidan Diwas on martyrdom day of Dr Syama Prasad Mukherjee and starts people awareness programme on 24 and 25 June. 25 June the black day of Indian history as emergency was imposed on by then Congress government. We want to tell the people know about the Kashmir issue and how Congress kill the democracy,” said CM Vijay Rupani.